Tourism in Israel at Record High

In 2010 Israel set a new all-time high tourism record, as Christians continue to flock to the Holy Land more than any other group.

Nearly 3.5 million tourists visited Israel in 2010, shattering the Middle Eastern nation's 2008 record by 14 percent. Sixty-nine percent of incoming tourists were identified as either Protestants or Catholics. 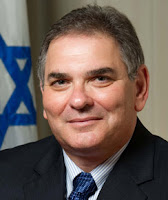 "A visit to Israel [changes the life and] the soul of the person who visits Israel...," he says. "And as we use the slogan 'You'll never be the same,' so actually when you are there and [then] you return home, you feel that something changed in your life."

According to the tourism commissioner, the record-breaking travel indicates that tourists feel safe in a region that has seen its share of violence.

"There is crime in Israel like in every city and every state, but it's not against tourists - it's not like [in] Rio de Janeiro or [in] other countries," says Gutim. "Here the tourists are very, very safe; they can walk in the streets of Jerusalem, Tel Aviv, Haifa, and other cities in Israel late at night and feel like they're in their own neighborhood in the States."

A new Waldorf Astoria hotel with 223 rooms is currently being constructed within walking distance of the Old City in Jerusalem, and is expected to open in the next several months.

And The Tourists Came … In Droves - The Jewish Week