According to our calendar, this is the year two thousand and eleven as measured from the birth of Jesus Christ of Nazareth in Bethlehem.

The calendar that we use is the standard calendar in use world-wide for all official business.

Hindu countries, Muslim countries, officially atheist countries and religiously confused countries all date modern events based on the life of a Jewish laborer executed as a criminal by the Roman Empire roughly 1978 years ago.

They may not believe in Jesus of Nazareth, but He affects their lives daily, nonetheless.

The starting point for the Buddhist calendar is the year 544 BC - the date of the Buddha's death. The Muslim calendar dates from the flight of Mohammed from Mecca to Medina.

The Chinese lay claim to being the world's oldest civilization. Whether or not that is true, according to the Chinese calendar, which is the oldest calendar in continuous use since inception, this is the year 4704, dating from around the time of Noah and the Flood.

The oldest calendar in use in terms of length is the Byzantine calendar, which uses the Julian date for its calculations, beginning with Day One, AM (Anno Mundi) on September 1, 5509.

But the Byzantine calendar is based on the Julian calendar created by astronomer Sosigenes of Alexandria 45 years before Christ. It isn't based on human history, but rather by assuming an arbitrary date for creation based on the position of the stars, and then working forward.

What is fascinating about all of these calendars is that none of them (except the Byzantine) reach further back than about six thousand years.

But the human historical record comes to an abrupt re-boot at about the same place where the Chinese calendar begins.

The Chinese record starts at just about the same time when Noah and his family left the Ark and began to rebuild human civilization. And it is the oldest. Everything before that is mythologized.

The ancient Sumerians who were the first to develop a written language dated the lifespan of their early rulers into the thousands of years. The ancient Egyptians claimed that their earliest rulers were giants who stood twice the size of ordinary men.

The ancient Greek and Roman mythologies included strange, demonic, half-human, half-animal creatures like centaurs, minotaurs, demi-gods, and so on.

Joshua makes reference to the gods "which your fathers served on the other side of the Flood" four times; (Joshua 24:2-3,14-15)

Every ancient civilization makes reference to an ancient, cataclysmic flood that was sent as a form of judgment by the gods, a god, or God.

Genesis 6:4 explains the Egyptian giants of prehistory. It also provides a credible explanation for the origins of Greco-Roman mythology. The gods, demigods, centaurs and so forth worshipped by the Romans and Greeks are entirely consistent with the unholy offspring of Genesis 6:4.

The gods of Mount Olympus and demigods like Hercules, Mercury, Perseus and Achilles and Joshua's "gods on the other side of the Flood" are a far better historical fit than an explanation that they were simply invented out of nothing somewhere in the distant, unknowable past.

Were it not for the Bible's insistence on the universal worship of the Creator as a condition of salvation and its insulting representation of all mankind as unregenerate sinners in need of His mercy, the Bible would undoubtedly be hailed as an unassailably accurate historical record.

No matter how desperately science tries to discredit the Bible, it keeps coming back to the Cradle of Civilization for answers to questions relating to the origin of human language, human culture, human racial differences and human DNA. 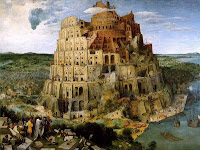 Linguists say all human language evolved from a single 'proto-language' that existed at about the same time and place that the Bible puts the story of the Tower of Babel, at the same time dismissing any connection between the Bible story and their findings as 'coincidence.'

One of the first rules of legitimate scientific investigation is that one approaches an issue with an open mind, rather than beginning with a conclusion and then working backward to find evidence to support it.

But when it comes to the Bible, that is the first rule to be broken. Openly. Scientists and historians that even consider the Bible are immediately and permanently derided as 'religiously biased' despite mounting evidence that all human history began exactly where the Bible says that it did.

No fact of history (or medicine, astronomy, geology, physics or science) contained in the Bible has ever been conclusively disproved. None. At best, there are things in the Bible for which there is no proof either way, like Adam and Eve, Noah's Ark, or Jonah and the whale.

"All scripture is given by inspiration of God, and is profitable for doctrine, for reproof, for correction, for instruction in righteousness: That the man of God may be perfect, thoroughly furnished unto all good works." (2 Timothy 3:16-17)

How is this relevant? What we call Bible prophecy is really a record of Bible history that hasn't yet happened. It is history in advance, as seen from God's perspective outside of space and time. It is as accurate as if it was yesterday's news.

It is only from our perspective that it is really tomorrow's.

Sons of God and Daughters of Men - BPB (Tony Garland)

Apologetics: Why the Bible is Trustworthy - FaithFacts.org