By John Whitehead
The Rutherford Institute

“Today the tyrant rules not by club or fist, but disguised as a market researcher, he shepherds his flocks in the ways of utility and comfort.” - Marshall McLuhan

The Obama Administration has yet to come up with a plan to end the wars in Iraq and Afghanistan which are draining our economy, prevent the continuing mortgage meltdown, get more Americans back to work, or do away with pork-barrel spending and government corruption, to name just a few of the overriding concerns plaguing our nation today. Instead, purportedly motivated by a desire to make our lives easier, the president wants to implement a universal internet ID that would eliminate the need for multiple usernames and passwords.

For those inclined to view government as a benevolent institution, this can be viewed as a considerate gesture in a time of economic and social unrest. However, for those who would take seriously John Adams’ warning “to trust no man living with power to endanger the public liberty,” this latest move is nothing short of a Trojan Horse attempt to sidestep privacy concerns and institute a national ID, all the while giving the government even greater access to our most personal information.

Under the stated goal of achieving internet security and consumer convenience, the Identity Ecosystem, as the program has been dubbed, would supposedly streamline the process of doing business online by replacing the various login names and passwords currently used to access personal accounts and information on various websites with a universal internet ID. However, as Curt Hopkins points out in the New York Times,

“a user would have one, ‘verified’ ID, which would be known by the government, and a set of large corporations. Given the periodic outbreak of governmental and corporate shenanigans, we fail to see the benefit of such a system.”

And who has the president entrusted with being the gatekeeper of our most sensitive online transactions? Not the Department of Homeland Security, which spent a year masterminding the strategy, nor the National Security Agency, which carries out the government’s warrantless eavesdropping program. Rather, the Identity Ecosystem will supposedly be overseen by the Commerce Department — a move clearly intended to assuage fears that the government would improperly make use of such highly personal information. Yet in the wake of 9/11, information sharing between government agencies has become so commonplace that it would be naïve to think that the DHS and NSA, both of which have been jockeying for control of the nation’s cybersecurity, won’t have easy access to the information. 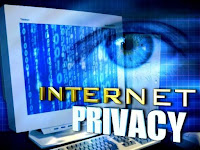 Still, if the American people refuse to accept a universal internet ID as a way of life, then does it really matter who oversees the program? In its typical Orwellian fashion, the government has come up with a way around that potential hurdle, as well. Touting the internet ID’s convenience and so-called ability to enhance online trust and privacy, the Obama Administration essentially plans to push its Identity Ecosystem as a way to cut through the government’s bureaucratic red tape at the federal, state and local levels. Private corporations will eventually follow suit, making it all but impossible for the average American to avoid using the ID.

Considering the degree to which Social Security numbers have come to be relied on by those outside government circles for identification purposes (everyone from cable television and credit card companies to hospitals and utility companies), it would not take much for a universal internet ID to become a de facto national ID, and the consequences could be devastating. Why?

First, such a system will give the government unprecedented access to Americans’ internet activities - something it has sought for years. Indeed, last fall, the New York Times reported that the Obama administration was preparing to submit legislation to Congress that would make it easier for the government to wiretap the internet. As Charlie Savage noted,

“Essentially, officials want Congress to require all services that enable communications - including encrypted e-mail transmitters like BlackBerry, social networking Web sites like Facebook and software that allows direct ‘peer to peer’ messaging like Skype - to be technically capable of complying if served with a wiretap order.”

This would inevitably lead to governmental agencies, in cooperation with the mega corporations, knowing virtually everything about our lives. And privacy as we have known it will be no more.

Second, it will eventually allow the government to have control over all internet activity, e.g., acting as a clearinghouse for who can and cannot access the internet and the extent to which they can do so. As Curt Hopkins notes,

“the ‘Identity Ecosystem’ sounds strangely like the national intranet the Chinese government has been working on, as an alternative to the Internet as a whole, and more controllable.”

Third, it would enable the government to better monitor Americans’ internet activities - another long desired goal. For example, in 2009, under the guise of combating child pornography, lawmakers proposed the “Internet Stopping Adults Facilitating the Exploitation of Today’s Youth Act of 2009” which required that all internet users’ online surfing habits be retained for two years. The danger, of course, is that the information could be used by corporate entities and law enforcement agencies alike. Although that legislation stalled in committee, the underlying mindset has not changed - namely, that the internet and its users need to be monitored.

Fourth, it would empower the government in its quest to regulate not only internet activity but also the content of expressive activities. In fact, in the wake of the Tucson shootings, FOX News Channel host Greta Van Susteren voiced her support for an identification system for web users seeking to post and comment at online venues in order to “tone down the viciousness on the internet.”

Finally, a single internet ID would make Americans that much more vulnerable to security breaches. Just consider some of the more egregious security breaches that have occurred over the past five years: The last bastion of democracy is the internet, and the government is well aware of this. For years now, government agencies have lobbied for greater access to our personal internet activities. In fact, back in 2005, John Ashcroft, George Bush’s Attorney General, urged the FCC to require that internet communications be easier to wiretap. As a result, the Bush Administration came under fire from the media and civil liberties groups alike for seeking to expand the government’s online surveillance powers. Unfortunately, many of those who were quick to lambast Bush for his civil liberties violations have been less vocal in their public criticism of Obama, despite the fact that when it comes to civil liberties, Obama is no better and may, in fact, be worse. Case in point: if Congress falls in line with the Obama Administration’s dictates, all online communications services - including communications sent using texting platforms, BlackBerries, social networking sites, and other "peer to peer" communications software such as Skype - will be required to use technologies that would make it easier for the government to collect private communications and decode encrypted messages that Americans send. That doesn’t sound like any kind of “change we can believe in” to me.

When all is said and done, it doesn’t really matter what party controls the White House or Congress, because the objective of our bureaucratic government remains the same: total control - of the nation, of the internet, and ultimately of you and me.

When Technology Turns Against Us - BPB (Jan Markell)

Internet IDs Are On the Way - The New American