The Southern Poverty Law Center (SPLC) is defaming a number of pro-family organizations by adding them to its list of "hate groups."

The left-leaning legal organization has issued a list of alleged "hate groups" that includes mainstream Christian ministries because of their opposition to the sin of homosexuality. Among the 13 groups are several prominent national groups - American Family Association, Coral Ridge Ministries, Family Research Council, Concerned Women for America, Liberty Counsel, Traditional Values Coalition, and the National Organization for Marriage. The SPLC accuses the groups of propagating "known falsehoods...about LGBT people that have been thoroughly discredited by scientific authorities." Among those "anti-gay myths," says the Law Center, are statements like "no one is born a homosexual" and "gay people can choose to leave homosexuality." 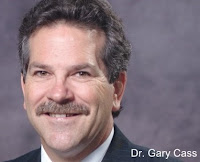 But Dr. Gary Cass of DefendChristians.org, a ministry of the Christian Anti-Defamation Commission, tells OneNewsNow that "hate groups" are usually considered racist or violent. He contends the SPLC is simply using "hype and hysteria" in an attempt to intimidate the faith-based organizations.

"To say that anybody who has a principled objection to homosexuality [and warns of] the impact that that sinful lifestyle has on individuals and on society is somehow morally equivalent to overt racism and violence is absolutely defamatory," Cass contends. "The [SPLC] has utterly discredited themselves by this provocative attack on organizations that promote traditional family values."

He finds it astounding that federal tax dollars go to the SPLC, so he is encouraging the public to join a new coalition of Christian groups in the effort to defund the far-left propaganda organization and demand that Congress restrict federal law enforcement from relying on what he describes as "biased" reports published by the SPLC.

More information on how to do so can be found at DefendChristians.org, where supporters can join together to "call upon Congress to do the right thing."