The Future of the U.S. Dollar

Now that China and Russia have agreed to trade with non-American dollars, one financial expert is addressing what that means for U.S. currency.

2010 has not been a good year for the U.S. dollar as its value remains weak and concerns about inflation continue. Some experts say inflation is already here, so worries are stirring about what that means for the agreement between China and Russia. 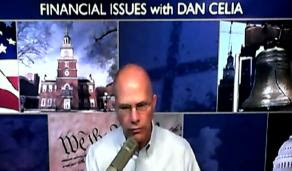 He believes the real question is whether this is merely a political move to show frustration at the U.S. for failing to improve the dollar. As for the financial situation in Europe, Celia points out that the euro's plummeting value helps the dollar.

"That helps our dollar in relationship to the euro, but the euro problems are very deep; it's a lot wider and deeper than we think," he explains. "We could see the euros trading in the $1.20 range for the first part of the year, easily."

If so, that would put the euro at one of its lowest levels since the currency began.

Peter Schiff: US dollar has lost its strength - RT America