In a move derided as "absurd" by Israeli Prime Minister Benjamin Netanyahu, the United Nations Educational, Scientific and Cultural Organization (UNESCO) voted overwhelmingly to officially declare Hebron's Cave of the Patriarchs and Rachel's Tomb in Bethlehem as Palestinian mosques - with no mention of the sites' significance to the Jewish people. In late October, the UNESCO executive board approved five politically-charged decisions about holy sites in Israel and the Palestinian territories and, in a vote of 44 to 1 with 12 abstentions, affirmed these two specific sites as "an integral part of the occupied Palestinian territories and that any unilateral action by the Israeli authorities is to be considered a violation of international law."1 By completely ignoring thousands of years of Jewish legacy and heritage, the United Nations has proven once again that it is a hostage of the anti-Israel voting bloc and makes decisions based on politics rather than facts.

The decision by the UN body in charge of preserving and protecting the world's historical sites comes as a delight to the Palestinians who themselves refuse to acknowledge the Jewish people's connection with the land of Israel. Earlier this year, when Netanyahu's cabinet decided to include the Cave of the Patriarchs and Rachel's Tomb on a planned 'Jewish Heritage Trail,' both the Palestinian Authority and Hamas cried foul and claimed the decision aimed "to erase [Palestinian] identity, alter Islamic monuments and steal [Palestinian] history."2 Robert Serry, the UN's special coordinator for the Middle East, noted at the time that he "was concerned over this proclamation" since those sites "are on Palestinian territory and bear importance not only to Judaism but in Islam as well."3 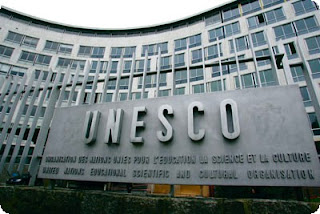 While the Israeli plan was meant simply to ensure that the connection between the Jewish people and their biblical holy sites would be maintained, the UN's recent decision blatantly disregards and attempts to erase Jewish claims to the areas. Unlike their earlier response to Israel's announcement, neither Serry nor any UNESCO official made a statement regarding the sites' dual significance to Islam and Judaism.

This is not the first time the UN has shown disregard for the heritage of the Jewish people. In 2000, the UN failed to condemn the Palestinians for destroying and desecrating two Jewish holy sites - Joseph's Tomb in Nablus and the "Shalom al-Israel" synagogue in Jericho - yet adopted a resolution denouncing Israel for its archeological digs in East Jerusalem and the Temple Mount.4

Whether one is in favor of Jewish settlements in the disputed territories or not, it is an undeniable fact that this geographical area was the cradle of Jewish biblical history. The UN decision has reinforced the view that it acts with bias and malice toward Israel and, therefore, has no constructive role to play in promoting Middle East peace.

"The attempt to separate the nation of Israel from its cultural heritage is absurd... If the places where the fathers and mothers of the Jewish nation - Abraham, Isaac, Jacob, Sarah, Leah and Rachel - are buried some 4,000 years ago, are not part of the Jewish heritage, then what is? It is unfortunate that an organization that was established with the goal of promoting the cultural preservation of historical sites around the world, is attempting to uproot the connection between the nation of Israel and its cultural heritage." - Benjamin Netanyahu, Israeli Prime Minister5