It was nice to see the Republicans win a huge victory in the House and Senate. My greatest delight on election night was watching the liberal media try to put a positive spin on the bloodbath. The left had not seen such a loss since the Great Depression.

Despite the historic nature of the victory, I found it difficult to be overly thrilled about the elections. I kept asking myself, "Do I really have a dog in this race?" I’ve never had such a glum reaction to a U.S. election.

The vote did have some positive results. The Republican gained a majority of 60+ seats in the house and 6 seats in the Senate. In my home state of Iowa, voters fired three judges who approved of gay marriage. In California, Proposition 19, the measure that would make recreational use of marijuana legal, was rejected by voters.

There were several negative results from the election. Barney Frank was reelected in Massachusetts. I realize that his openly gay status means nothing today, but I could not believe the citizens of that state would ignore his involvement in the banking crisis. Jerry Brown was voted back as the governor of California. Brown did a terrible job of running the state in the seventies, and now the voters have put him back in charge at a time when California is on the verge of bankruptcy.

I think the key reason the 2010 election has a hollow ring to it is the fact that we are mostly repeating the events of two years ago. In the 2008 election, voters went to the polls with a "throw-the-bums-out" mentality. Because we still have a high unemployment rate, during this election cycle, the Democrats were now viewed as the bums.

This game of election musical chairs reminds me of the story of a farmer who promised his vote to the Democratic candidate, and ten minutes later he promised his vote to the Republican candidate who was seeking the same office. To his wife’s rebuke, he replied cannily: “Did you notice how pleased each of the candidates were?” “Yes.” “Well, I pleased them both, and on election day, I will please myself, and then we shall all be pleased together.”

There is already a strong indication that Washington DC failed to get the message that voters were trying to send. We still have months until the new Congress, and our leaders are already showing that they just don’t get it. 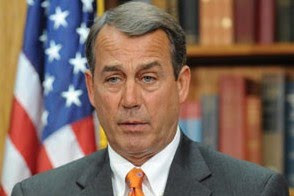 John Boehner is set to be the new Republican speaker of the House of Representatives, and he has already said that the repeal of the Health Care Reform Bill‎ is his top priority. Boehner has no chance of killing the bill outright because Democrats still control the White House and the Senate.

President Obama showed his lack of concern by blaming the election losses on his lack of communication with the American people. He apparently was too busy doing good things for voters to explain to them what was happening.

Our nation faces huge financial problems that require immediate attention. I would say the most significant event of last week was the Federal Reserve's decision to buy nearly a trillion dollars more of Uncle Sam’s debt. It's insanity to think that we can cover our ballooning national debt by having a second party, in name only, gobbling up our IOUs. The dollar is collapsing because traders are starting to realize that the U.S. is a risky bit.

Another problem with the election is the lack of concern over moral issues. The Republican Party made the decision to avoid hot-button issues like abortion and gay marriage. When you cut God out of the political process, you end up with a government that is doomed to failure.

This weekend, I was watching a program on the drug wars, and I noticed a clip of President Reagan talking about the problem of drug use. It reminded me of how far politicians have gotten from talking about sin of any form. All we hear out of Obama's mouth is stuff related to the economy and terrorism.

I don’t see the game of musical chairs going on for much longer. Either we will elect a new party that returns our nation to biblical values, or we will reach a point where society collapses into dictatorship. It's always good to hope for the best, but Bible prophecy and the present looming danger tell me the latter of the two is in America’s future.

“If my people, which are called by my name, shall humble themselves, and pray, and seek my face, and turn from their wicked ways; then will I hear from heaven, and will forgive their sin, and will heal their land” (2 Chron. 7:14).

GOP Will Be Able to Block Obama's Agenda - Newsmax.com (George Will)