The Age of Dissimulation

Years from now, when historians seek an overarching concept to define our times, they could do worse than refer to it as the Age of Dissimulation. Today our leading minds devote their energies and cognitive powers to figuring out new ways to hide reality from themselves and the general public.

"You do not live like human beings. You do not [even] live like animals. You accept homosexuality. And now you criticize us?"

Al-Zahar also made the case for Islamic feminism. As he put it,

"We are the ones who respect women and honor women ... not you. You use women as an animal. She has one husband and hundreds of thousands of boyfriends. You don't know who is the father of your sons, because of the way you respect women."

Finally, al-Zahar claimed that Westerners have no right to question Islam or criticize it. In his words,

"Is it a crime to Islamize the people? I am a Muslim living here according to our tradition. Why should I live under your tradition? We understand you very well. You are poor people. Morally poor. Don't criticize us because of what we are."

Al-Zahar can sleep easy. The citizens of the West have rarely heard anyone in any positions of power and influence criticize Islamic supremacists "because of what they are."

In fact, the most remarkable thing about al-Zahar's interview was not what he said but that Reuters decided to publish what he said. By letting its readers learn what al-Zahar thinks of them, Reuters inadvertently gave Westerners a glimpse at the simple truth its editors and their counterparts throughout the Western media routinely purge from coverage of current events.

Rather than discuss the nature and threat of Islamic supremacism, the Western media along with nearly all Western political leaders and academics deny and dissimulate. Rather than address the threat, they accept the Islamic line and blame Israel for everything bad that happens in the world.

The one group of people that can almost be forgiven for this crime against reality is the non-Muslims who live under Islamic rule. On Sunday, we received a grim reminder of the plight of such minorities with the Islamic terror attack on Baghdad's largest church, the Our Lady of Salvation Catholic church.

As some one hundred worshipers celebrated evening mass, Islamic terrorists stormed the church. According to an eyewitness account, they walked straight up to the priest administering the mass and executed him. The Muslim terrorists then took the Christian worshipers hostage.

As Iraqi military forces stormed the church under US military supervision, the Islamic terrorists threw grenades at the worshipers and detonated their bomb belts. By Monday, the death toll had reached 52.

It will be interesting to see how Catholic officials in Iraq and throughout the world respond to this attack. At the Vatican's Synod on the status of Christians in the Middle East last month, Emmanuel III Delly, the head of the Chaldean Catholic Church in Iraq proclaimed,

"The population of [Iraq] ...is 24 million, all Muslims, with whom we live peacefully and freely...Christians are good with their fellow Muslims and in Iraq there is mutual respect among them."

As the noted Islamic expert Robert Spencer wrote last week in Frontpage Magazine, Emmanuel has not always been so outspoken in his praise of Muslim Iraqis. In 2008, when US forces were still in charge in Iraq, Emmanuel made a statement that more accurately reflected the plight of his co-religionists.

"Christians are killed, chased out of their homes before the very eyes of those who are supposed to be responsible for their safety...The situation in some parts of Iraq is disastrous and tragic. Life is a Calvary: there is no peace or security... Everyone is afraid of kidnapping."

Christian clergy in Muslim countries are so terrified of Islamic aggression that they systematically hide the truth of their oppression and often distort their own theology to win the tolerance of supremacist Islamic authorities. Spencer noted that the head of that Vatican Synod, Archbishop Cyril Salim Bustros, who presently heads the Eastern Catholic church in the US, and in the past served as archbishop of Baalbek in his native Lebanon follows a similar pattern of dissimulation.

In Bustros's case, his prevaricating goes beyond false depictions of the plight of Christians. In his bid to win the favor of his Islamic supremacist overlords in Hizbullah, Bustros has regularly engaged in theological revisionism.

At last month's synod, Bustros repudiated the teachings of the Catholic Church's Second Vatican Council and embraced the discredited supersessionist theology that Vatican II denounced. Bustros claimed that God's covenant with the Jewish people and his promise to give us the Land of Israel "were nullified by Christ."

In his view, "There is no longer a chosen people."

Bustros did not simply assert a theological view at odds with the doctrine of the Catholic Church. He used his replacement theology to politically delegitimize Israel. Bustros said,

"The theme of the Promised Land cannot be used as a basis to justify the return of the Jews to Israel and the expatriation of the Palestinians."

Bustros is set to return to Lebanon soon to serve as the archbishop of Beirut. The fact that he used his position as the head of the Vatican's synod on the plight of Christians in the Middle East to earn him the protection of Hizbullah when he returns is made clear when his statements at the conference are compared to a speech he made in 2006, when he was still comfortably ensconced in the US.

As Spencer notes, in a speech Bustros made at St. Thomas University in Florida in 2006, Bustros minced no words about the plight of Christians in the Middle East. Addressing the Islamic precepts on relations with non-Muslims, Bustros said,

"The doctrines of Islam dictate war against unbelievers....[T]he concept of nonviolence is absent from Muslim doctrine and practice....Peace in Islam is based on the surrender of all people to Islam and to God's power based on Islamic law. They have to defend this peace of God even by force."

FEAR OF Islamic massacres of Christians - like the one in Baghdad on Sunday - goes a long way towards explaining anti-Jewish and pro-Islamic pronouncements by Christian clergy in the Islamic world. But what can explain the West's embrace of lies about Islam?

Why would people who do not live under the jackboot of the likes of Hizbullah, Hamas or their sister groups in places like Iraq obsequiously parrot untruths about Islamic history and theology and deny the very existence of Islamic supremacism?

The most notable case of such behavior in recent weeks came with the UN Educational, Science and Cultural Organization's Executive Board's declarations about Israel and Jewish history. At its October 21 meeting, the governing board of the UN agency charged with naming and preserving world heritage sites engaged in a shocking episode of historic revisionism in the service of Islamic supremacism. 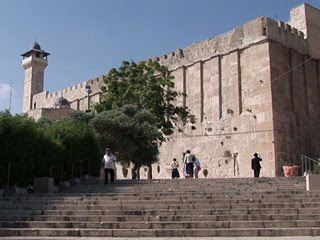 UNESCO's board issued five declarations regarding Israel. In addition to its routine condemnations of the security fence, Israeli sovereignty in Jerusalem and Israel's refusal to give Hamas control over its border with Israel, UNESCO's board asserted that the Tomb of the Patriarchs in Hebron, where Abraham, Issac, Jacob, Sarah, Rebecca and Leah are all buried, is a mosque. Rachel's Tomb, where Rachel is buried, is also a mosque, according to UNESCO's governing body.

It is not surprising that UNESCO's Muslim members pushed for these declarations. Islam is a supersessionist religion. It claims that all the Jewish patriarchs and matriarchs as well as all the Jewish prophets, kings and judges were Muslim. It similarly claims that Jesus, Mary and the apostles were Muslims. It is standard Islamic practice to transform Jewish and Christian holy sites in lands conquered by Islam into mosques.

It is this Islamic practice that led Yasser Arafat to shock and disgust Yitzhak Rabin in July 1995 when he proclaimed that, "Rachel was my grandmother."

Arafat's statement was the first time that a Muslim leader in modern times claimed Rachel's grave is a mosque. Arafat made his preposterous claim in the course of negotiations about the disposition of Rachel's Tomb in Bethlehem. Due to its significance to Jews, Israel demanded full security control over the tomb. Arafat based his counter-claim on standard Islamic historical revisionism.

Why would they do this? They are not bishops who have to worry that their communities will be annihilated if they step out of line.

No doubt, fear of Islamic terrorism fuels some of their behavior. But fear can't be the full explanation. Most Westerners have no contact with Muslims. And Islamic terrorist attacks in the West are not a daily occurrence.

The West's newfound obsession with Islamophobia probably also has something to do with it. Western elites are terrified of being accused of racism. This is particularly true when - as is the case with Islamophobia - the charge is leveled on behalf of people who were oppressed in the past by Westerners.

But while fear of the charge of Islamophobia does play a role in Western kowtowing to Islamic supremacists, the West's aversion to the perception that it is oppressing those it once oppressed fails to provide an adequate explanation for its willingness to collaborate with Islamic supremacist attempts to blot out Jewish history. The West's history of oppressing Jews is far bloodier and longer than its record of oppressing Muslims.

But if I mention anti-Semitism, I will be attacked as a paranoid Jew.

UNESCO and the cradle of Jewish history - Jerusalem Post