Oct. 24 is the 65th birthday of the United Nations – a great age for retirement. This institution has consistently failed to achieve the objectives for which it told the world it was created, and has just as consistently drained the coffers of developed nations under the guise of eliminating poverty and maintaining the peace.

Global poverty is just as rampant today as it was in 1945 – probably worse. U.N. peacekeepers are routinely caught exploiting the very people they are supposed to protect. Corruption flourishes at the U.N. from the oil-for-food program to the ongoing procurement scandals throughout the entire institution. What's worse is that this joke continues from administration to administration because there is no oversight or accountability.

Despite these blatant failures, the United Nations has been remarkably successful in achieving the purpose for which it has consistently told the world it was not created: that is, to govern the world.

The League of Nations was a product of the Woodrow Wilson administration, which made no apology for its desire to create a world government based on Marxist principles. Fortunately for the world, the U.S. Senate rejected Wilson's dream – three times – and the League withered, but did not die.

Many of the same people who created the League of Nations created and gathered in the Council on Foreign Relations in America and in the Royal Institute for International Affairs in Europe. When Franklin Roosevelt reclaimed the federal government for the Democrats in 1932, his administration was filled with Wilson cronies and other progressives who longed for the global government Wilson failed to create.

Two weeks after Pearl Harbor, Roosevelt appointed a 14-member Committee on the Post War World. Ten of the members were members of the Council on Foreign Relations. Two weeks later, Roosevelt issued a "Declaration of United Nations," the first time the term was used officially by any government. 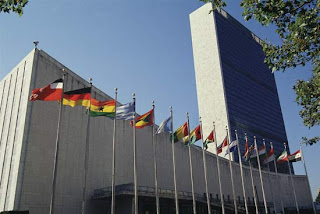 Global government remained a distant dream of the progressives and Marxists on both sides of the Atlantic until the 1970s. The new environmental movement absorbed the young war activists who were left with nothing to protest after Vietnam. Maurice Strong created the U.N. Environment Program in 1973 and pushed through several environmental treaties. The U.N.'s Man and the Biosphere Program was created during this period, which was not a treaty, but a simple agreement between the U.S. State Department and UNESCO to manage 47 U.N. Biosphere Reserves in the United States according to the recommendations of UNESCO.

In 1976, the U.N. adopted its first policy position on land use. The preamble says "public control of land use is indispensable." Two of the people who signed the document for the United States were members of the Council on Foreign Relations: Carla A. Hills, who became George Bush's trade negotiator responsible for the World Trade Organization, and William K. Reilly, who became Bush's administrator of the Environmental Protection Agency.

Progressives in both parties have promoted the United Nations and worked to advance global governance. The Clinton administration was especially supportive of the U.N. global governance agenda. The 1992 U.N. Conference on Environment and Development in Rio de Janeiro produced the Convention on Climate Change, the Convention on Biological Diversity and Agenda 21. All of these U.N. documents were embraced by the Clinton/Gore administration and implemented administratively as much as possible.

Obama and his team bring an even stronger admiration for the United Nations and determination to subject the United States to global governance. He went to Copenhagen to personally try to seal a deal for the Kyoto Protocol. He wants the Senate to ratify the Convention on Biological Diversity and the Convention on the Law of the Sea. He is participating in the G20's efforts to create a mechanism for controlling the global flow of currency and has said nothing in opposition to the development of a global currency.

For 65 years, the U.N. has publicly abused the world's poorest and most vulnerable people, while almost without public notice building its own power through a global web of international laws, regulations and recommendations. The U.N. paints itself as a noble institution, redistributing the wealth of the West to the needy elsewhere – while raking off an administrative fee and scamming whatever else they can.