The Bible tells us about many remarkable births. For example, there is the birth of Isaac to parents nearly 100 years old. And then there are the births of Samson, Samuel, and John the Baptist — all of whom were born to women with barren wombs.

In like manner, there have been some remarkable births since Bible times — like the Dionne Quintuplets in Canada in 1934, the first such birth in which all five survived to infancy. In 1974 in South Africa, the Rosenkowitz family gave birth to sextuplets, again the first such birth in which all six survived. And then there were the McCaughey Septuplets born in Iowa in 1997. Only to be outdone by the Suleman Octuplets born in California in 2009. 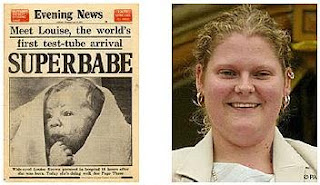 But none of these births, as spectacular as they may have been — none of them is the most spectacular birth of modern times. The most amazing birth since biblical times would have to be that of Louise Brown in Lancashire, England on July 25, 1978. She was the first baby conceived outside the human body — the first "test tube baby."

And that's where I would like for us to go right now — to the Bible. Let's begin our study of the virgin birth of Jesus by examining the Scriptures.

The Virgin Birth of Jesus

To set the stage for our study, let's consider a passage from Matthew 1, verses 18-21.

I am going to present these verses from a version of the Bible you may not be familiar with. It is called the Jewish New Testament. It is a translation by David Stern, a Messianic Jew who lives in Jerusalem.8

The purpose of this translation is to show that the New Testament is a book that was written by Jews and is steeped in Jewish culture. He does this by restoring the Jewish names of people and places that have been anglicized in our English translations. Consider carefully this very familiar passage:

18 Here is how the birth of Yeshua the Messiah took place. When His mother Miryam was engaged to Yosef, before they were married, she was found to be pregnant from the Ruach HaKodesh [the Holy Spirit].

19 Her husband-to-be, Yosef, was a man who did what was right; so he made plans to break the engagement quietly, rather than put her to public shame.

20 But while he was thinking about this, an angel of Adonai appeared to him in a dream and said, "Yosef, son of David, do not be afraid to take Miryam home with you as your wife; for what has been conceived in her is from the Ruach HaKodesh.

21 She will give birth to a son, and you are to name Him Yeshua [which means, ‘Adonai saves,'] because He will save His people from their sins."

22 All this happened in order to fulfill what Adonai had said through the prophet,

23 "The virgin will conceive and bear a son, and they will call Him Immanuel." [meaning, "God is with us."]