Troops Will Vote with Their Feet

The last word regarding the proposed repeal of the so-called “Don’t Ask, Don’t Tell” military homosexual exclusion law won’t come from the President, Congress, or the courts. The all-volunteer military will have the last word if the homosexual law is repealed; that is, many will vote with their feet to the nation’s peril.

The three branches of government are so wrapped up in the political and legal debate over the gay ban that they have ignored our all-volunteer service members who have an opinion about open homosexuality in their ranks. This oversight could lead to a tragic miscalculation.

Consider evidence the three branches of government ignored our troops’ views when making their decision to move against the homosexual exclusion law and why this may threaten our all-volunteer force. 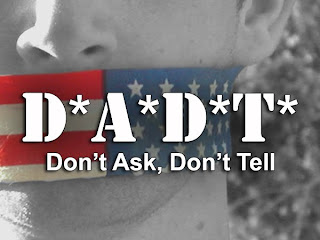 President Obama cares more about appeasing his homosexual supporters than protecting our armed forces. The new commander in chief failed to ask the troops their view before he used his 2010 State of the Union address to set in motion the fulfillment of his campaign promise to repeal the military’s 17-year-old homosexual exclusion law.

A week later Secretary of Defense Robert Gates testified, “We have received our orders from the commander in chief, and we are moving out accordingly.” Apparently Gates doesn’t care what the troops think or he would have been far more cautious about his quick endorsement of Obama’s “orders.”

On March 2, the secretary assembled a working group to draft a plan to implement repeal and mitigate the consequences. Although the working group engaged the force it failed to ask the only question that matters — “Should the homosexual law be repealed?”

The working group used six instruments to engage the force: town hall-like meetings, focus groups, two websites for anonymous comments, and two surveys. The $4.5 million surveys fail to ask key questions such as whether the law should be repealed and they skew questions and answers to accommodate homosexual service without defining terms.

The Stuttgart session focused exclusively on “when the policy changes.” Session participants said questions and opinions in opposition to repeal were ignored. Army Lt. Gen. Thomas Bostick, the session leader, said — according to a participant who wrote to the Washington Times — Christians who disagree with repeal “were bigots and racists and those who felt homosexuality was immoral should start looking for a new line of work.” Bostick allegedly said once the homosexual policy is repealed, chaplains who preach against homosexuality would be treated as criminals.

Secretary Gates will package service member views and the working group’s analysis into a report due to Congress December 1. That report will outline a plan to implement and mitigate the consequences of repeal but it will not consider arguments that support the military’s exclusion policy.

Those arguments and 12 hearings persuaded the 1993 Democrat majority Congress to overwhelmingly pass 10 U.S.C. § 654, the “Policy Concerning Homosexuality in the Armed Forces.” The law concludes,

“The presence in the armed forces of persons who demonstrate a propensity or intent to engage in homosexual acts would create an unacceptable risk to the high standards of morale, good order and discipline, and unit cohesion that are the essence of military capability.”

The current Democratic-controlled House of Representatives ignored the exclusion arguments, failed to seek the troops’ views, and hosted no hearings before repealing the law. On May 27, the House voted mostly along party lines to repeal the law while ignoring the protests from the four military chiefs.

The day prior to the House’s vote, the service chiefs sent letters to Congress asking the chamber to stop repeal action. Gen. Norton Schwartz, Air Force Chief of Staff, warned “This is not the time to perturb the force … without careful deliberation.” Adm. Gary Roughead, Chief of Naval Operations, stressed, “I believe it important to [first] assess [our] force, the opinions of that force, and also the families.” Gen. George Casey, Army Chief of Staff, wrote “I’ve got serious concerns about the impact of the repeal on a force that’s fully involved in two wars.” Marine Commandant Gen. James Conway was blunt, “I think that the current policy works.”

Fortunately the Senate has so far failed to deliver Obama a “gay-rights” victory. Last month, Senate Democrat leaders tried to ram through a provision similar to the one passed by the House but it failed on a procedural move. Last week, an aide for Senate majority leader Harry Reid (D.-Nev.) told the Washington Post it is unclear when the Senate might reconsider the proposed repeal.

Some members of the federal judiciary share President Obama’s desire to lift the homosexual ban. Last month, U.S. District Judge Virginia Phillips in Riverside, Calif., swept aside well-established principle of judicial deference to Congress after eight days of one-sided testimony from discharged homosexuals — but no mention of soldier views — and a tepid defense by Obama Justice Department lawyers to declare the law unconstitutional. Then last week Judge Phillips issued an injunction requiring the military to stop enforcing it immediately.

The Department of Justice said it is “likely” to appeal Phillips’ decision and Clifford Stanley, the under secretary of defense for personnel and readiness, argued for an emergency stay of Phillips’ injunction.

The confluence of efforts by the three branches of government to lift the homosexual ban is unprecedented but so is their failure to consider unfettered service member voices. Ignoring their views potentially places the nation at risk if our volunteers who are already overstretched by nine years of war decide that lifting the homosexual ban is the last straw and then leave. And lifting the ban could also keep qualified candidates with a proclivity to serve from enlisting but no one knows just how many are in either category.

What we do know is the pool of potential volunteers is shrinking with only 25% of the nation’s 17- to 24-year-olds eligible for military service and a fraction of that group demonstrate a proclivity to volunteer. That shrinking pool is drawn from a small segment of the population mostly opposed to open homosexuality in the military such as conservative and religious families with histories of military service.

This pool of eligible volunteers won’t be easily replaced by “eligible” homosexuals who as a category make up only a few percentage points of the total population and, in general, steer clear of military service. Yet gay activists and liberal apologists with no military service would have the American public believe homosexuals are anxious to fill the military’s ranks.

The President, Congress, and the courts disregard the unfettered opinions of our all-volunteer military at great risk, and if Obama and his allies succeed in lifting the ban they have no back-up pool of eligible recruits. That is why Congress had better listen to our troops and their chiefs or get ready to justify conscription for everyone’s sons and daughters.

Obama may opt for new military advisers - The Washington Times

In the Debate Over DADT, What About the Rights of Straight People? - Canada Free Press