The Democratic chairman of the powerful House Judiciary Committee has been caught on tape meeting with a U.S.-based, Marxist-oriented socialist organization to discuss how the group can cooperate to strengthen President Obama and advance their "one-world" plans.

Rep. John Conyers, D-Mich., who has a long history with the Democratic Socialists of America, or DSA, was recorded promoting a "one-world" government, while asking the socialist group to organize against the war in Afghanistan and in support of Obama's policies.

"I see that us making him more cooperative with our plans is going to strengthen him and not weaken him," Conyers says to applause from the DSA activists.

"Whose job do you think it is to get him straightened out and get him on the right track? Ours! Ours!" Conyers exclaimed to more applause.

Conyers was meeting earlier this month with a small group of DSA activists and leaders who had come to Washington, D.C., for the "One Nation" rally that was organized by a coalition for progressive groups, including communist and socialist organizations.

The meeting was recorded and was posted on the Internet by DSA National Director Frank Llewellyn.

At the end of the 8 minute video, Conyers states, "I look forward to our next meeting. I want us to schedule it."

Promoting the concept of a one-world government, Conyers told those assembled, "We know that when unions, political ideology, clergy, labor, civil rights come together and just people who are progressive enough to see in this one-world concept that we're all in this together, it makes certain things pretty easy to understand where we are coming from."

The congressman called for picketing and protests to "make it clear to him (Obama) that there probably isn't anybody above the tenth grade who doesn't know that you cannot win a war in Afghanistan."

Conyers also slammed the tea party as "small" and "dismissible."

However, the politician claimed, there are "much more serious and affluent sources behind this effort to interfere with a re-election campaign of Obama. ... So maybe you are like me: I've got to stand up for the principals that I was fighting for before he ever set foot in Washington, and at the same time I've got to ensure that he is re-elected 2 years from now."

Conyers has a history with the DSA. New Zealand researcher Trevor Loudon notes Conyers was a special guest at a two-day convention in Detroit in March 1982 that resulted in the formation of DSA.

Conyers has spoken at numerous DSA events, including at the socialist group's national dinner in 2008, where he was the keynote.

Conyers was one of 13 founders of Congressional Black Caucus, which has long promoted far-left causes. He is the most prominent lawmaker lobbying to free Mumia Abu-Jamal, the convicted murderer of a Philadelphia police officer. He has advocated on behalf of the Marxist Nicaraguan Sandinista dictatorship, and has called for the U.S. to end its sanctions against Fidel Castro's communist regime. 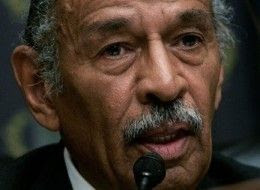 Notably, Conyers is a member of the Congressional Progressive Caucus.

As WND was first to report the DSA has been closely linked to the Democratic Party, in particular to the party's Progressive Caucus.

The Democratic Socialists of America's chief organizing goal is to work within the Democratic Party and remove the stigma attached to "socialism" in the eyes of most Americans.

"Stress our Democratic Party strategy and electoral work," explains an organizing document of the DSA. "The Democratic Party is something the public understands, and association with it takes the edge off. Stressing our Democratic Party work will establish some distance from the radical subculture and help integrate you to the milieu of the young liberals."

Nevertheless, as WND reported, the goal of the DSA has never been deeply hidden. Prior to the cleanup of its website in 1999, the DSA included a song list featuring "The Internationale," the worldwide anthem of communism and socialism.

Another song on the site was "Red Revolution," sung to the tune of "Red Robin." The lyrics went:

"When the Red Revolution brings its solution along, along, there'll be no more lootin' when we start shootin' that Wall Street throng."

Another song removed after WND's expose was "Are You Sleeping, Bourgeoisie?" The lyrics went:

Top Democratic Socialists of America members have been closely linked for years to Obama.

Obama himself spoke at a forum organized by the group at the University of Chicago in early 1996 called "Employment and Survival in Urban America."

Quentin Young, considered the father of the U.S. single-payer health-care movement, is a longtime Democratic Socialists of America activist. Young has had a relationship with Obama, particularly in the 1990s, when he reportedly advised Obama on health care.

Young was reportedly present at a 1995 meeting at the home of former Weather Underground terrorist William Ayers, who was said to have launched Obama's political career.

Young has been active in Chicago socialist circles and was previously accused of membership in a communist group. In 1992, Chicago's branch of the Democratic Socialists of America awarded Young, a member, with their highest honor – the Debs Award.

In a 2008 article in the official Communist Party USA magazine, Young noted Obama previously expressed support for a single-payer universal health-care program, although he later waffled when asked about his position.

As an Illinois state senator representing a mostly black district on the South Side of Chicago, Obama publicly supported universal health care. He also co-sponsored the Bernardin Amendment, which did not pass but would have amended the Illinois State Constitution to add health care to the list of basic rights for residents.

Timuel Black, a member activist, mediated political disputes on behalf of Obama in the 1990s and was reportedly involved in Obama's campaign committee during his successful 2004 Senate race.

Longtime member and activist Arnold Wolf was a member of "Rabbis for Obama" and has held fundraisers in his home for Obama, including a function in 1995 that was aimed at introducing Obama to the Hyde Park activist community.

WND reported Medina, speaking at a 2009 Washington, D.C., conference, declared granting citizenship to millions of illegal aliens would expand the progressive electorate and help ensure a progressive governing coalition for the long term.