How to Talk About Homosexuality

Carl Paladino, the Republican candidate for governor of New York, is in the media and political crossfire now for comments he made about homosexuality – perfectly reasonable comments.

There are several problems here that need to be addressed:

I think Paladino was trying to make a valid point with not-particularly-elegant language.

I suspect Paladino is like most people – they don't think about homosexuality all that much. They don't obsess over it. But many in the media and the political establishment do, for whatever reason. Maybe it's considered the next important equal-rights frontier, or maybe it's perceived as an important electoral constituency, or maybe there's a lot of money at stake for political campaigns. 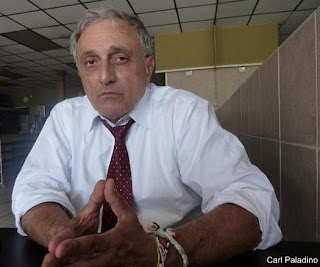 Paladino doesn't want kids "brainwashed," he said. Most people don't realize that is exactly what happens in many or most public schools when it comes to homosexuality. Kids are taught values that would be anathema to their parents if they only knew what was happening. That's what Paladino was saying. He said there is an ugly, revolting side to the "gay rights" movement. That is undeniably true. When candidates boast about taking their kids to "gay pride parades," you have to wonder about their sanity. These are spectacles that could never be aired in their entirety on television because of obscenity laws.

Sadly, most politicians on the Republican side – and even growing numbers of conservatives – simply seek to avoid this sticky, messy issue, because they don't know how to frame the debate properly.

Ultimately, there is only one way to do this effectively.

It's to bring it right back to the "sin" issue.

There is a reason most Americans do not want to promote homosexual behavior. They know in their hearts it's wrong. The Bible condemns it. But if we can't talk about the Bible openly in America, we can no longer talk about ultimate truth. We can no longer have a firm basis for knowing right from wrong – because it is our one and only guidepost on such matters.

That's what is at stake in this debate.

I'm troubled by the fact that so few Americans are willing to stand up and say it.

Where are they hiding?

Where are the pro-family organizations? Where is the church? Why is everyone who should know better so quiet? Why are they throwing in the towel? Why are they in retreat?