How ironic that the Jews are God’s Chosen People, yet the world demands of them a “settlement freeze” in the biblical heartland. Congressman Mike Pence recently said that he never thought he’d live to see the day an American administration would put such pressure on the state of Israel.

I was staying once at the American Colony Hotel in Jerusalem — an “Arab hotel,” as an Israeli friend put it — and my first morning there I strolled down to the lobby.

Placed on the registration counter were brochures for guides and language classes, all designed to “help” foreign journalists. The Colony is famous for the fact that many of its guests are foreign journalists, diplomats, and World Bank-types.

I picked up a brochure and a young clerk noticed.

“Would you like to schedule a tour of the West Bank, sir?” she smiled sweetly.

“Well, you would get a view of the reality in the West Bank.”

“And what is the reality?”

She began to catch on that I wasn’t a journalist, or diplomat, or banker. I might just be a common tourist ... and a pro Israel one at that! Not many Christian Zionists stay at the American Colony.

In any event, she just smiled again and decided against getting into any kind of political discussion with a hotel guest.

But the exchange was telling. The Palestinians greatly influence foreigners who come to the country to “report” on what is going on.

A few minutes later, I walked outside and headed toward the Old City. After a few steps, I noticed a row of six or eight young Arab men lined up against a wall. Israeli soldiers were checking their papers.

A leftist journalist staying at the hotel would have obviously written about the brutality of the IDF, and of the humiliation meted-out to the poor Palestinians.

I had a different perspective.

I knew that the soldiers were guarding against homicide bombers in the city. This was during the time of the second Intifada, the Palestinian excuse for violence.

A day later, during breakfast, I read about an ambush of IDF soldiers at Hebron; thumbnail photos of several dead soldiers stared at me from the front page of the Jerusalem Post. Moments later, I heard of a homicide bombing in Jerusalem; 11 schoolchildren were butchered by a bomber.

You won’t hear those kinds of things reported — for the most part — from, say, Christian media. At least not the Christianity Today types.

It has become perfectly acceptable in Christian circles in America to join in the condemnation of Israel.

Just today, Obama’s latest squeeze tactic on Israel is to propose a two-month extension of the settlement freeze in the “West Bank.” In exchange, he says, the U.S. will commit to “UN security vetos,” weapons deliveries, and “allow” the presence of IDF troops in the Jordan Valley.

Amazing! He is following the playbook of George Herbert Walker Bush, who in 1991 threatened to withhold loan guarantees to the Israelis if they didn’t buckle and sit for “peace talks” with the serial killer, Yasser Arafat.

If you seriously believe the U.S. is not being judged for this kind of sinister arm-twisting, you’re not paying attention. 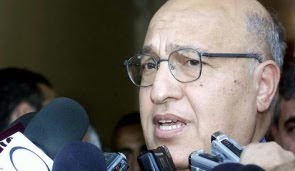 Long-time PLO member and Arafat crony Nabil Shaath has said that if the negotiations break down, Israel is to be blamed. At least Nabil is sticking to the script.

How utterly ironic that the Jews are the Chosen People, yet the world demands that they not settle their biblical heartland. Could we see a more perfect fulfillment of biblical prophecy today?

Let me emphasize two things: A) prayer needs to become your main focus. Pray for your family, friends, and for Israel. B) Israel is losing “friends” in the Christian community at a rapid rate.

It is going to become easier and easier to sell-out the Jews.

One night this week, I had an exchange on Facebook with a Christian who wants to see the positive aspects of Martin Luther’s lifelong ministry. I pointed out to him that, in essence, Luther’s ministry was tainted irreparably by his sick views of the Jews.

This young man never wavered from his insistence that we have to look at the whole of Luther’s life.

However, this fellow was just as adamant that his view of Luther is correct. If I were a betting man, I’d say that one of the logical outcomes of this thinking is that somewhere down the line, he’d think it acceptable to demand a settlement freeze from the Israelis.

You might think that a real stretch in my narrow retelling of the Facebook exchange, but it is not. This type of attitude is so prevalent in the Christian community, I sometimes think we’ll soon be able to count Israel supporters on our fingers and toes.

It is also, perhaps subtly at the moment, becoming popular for solid evangelical leaders to preface their support of Israel by saying something like, “But of course we do not always support everything Israel does.”

For the record, I do not support a settlement freeze in Israel, even for a nanosecond. Build! Plant! Raise families!

This is biblical. The biblical view is that the Jews will, in the last days, prosper and flourish in the land promised to Abraham.

This is the perspective that I support wholeheartedly. I support national Israel, and I support the Jews wherever they live.

Because that’s the beauty of it, isn’t it? They live!

Praise the Creator of the universe for his magnificence, blessing, and provision. He is majestic, eternal, totally sovereign.

His people are the greatest proof we have for these realities, in our age.