The Black Church and the Prosperity Gospel

The scandals surrounding Atlanta’s Bishop Eddie Long now center on allegations of sexual immorality put forth by four young men who had been teenagers under his ministry. But previous attention had been directed at the financial elements of his ministry at Atlanta’s New Birth Missionary Baptist Church.

Eddie Long is a teacher of prosperity theology, a perverse distortion of the Gospel that transforms the message of Christ into a message of secular salvation through wealth and prosperity. Scholars of the movement have studied why it is that poor, disadvantaged, and disenfranchised people seem so drawn to a false gospel that leaves them poor but makes their preachers wealthy. They seem to find encouragement and hope, even a source of pride, in a pastor who preaches prosperity and lives in ostentatious wealth, even as they contribute their own meager funds. 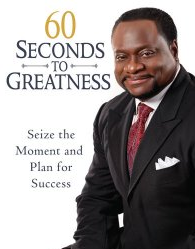 The Bible is clear in warning against false prophets who preach false gospels, and those who would use spiritual authority for their own wealth. The world is scandalized by the false promises of prosperity, and believers in Christ should be just as scandalized about this false promise. But Christians should be far more concerned about the eternal consequences of prosperity theology — it’s false promise of salvation through financial abundance, of health and wealth through the exercise of “seed faith.” Missing from the prosperity gospel is the message of salvation through faith in Christ alone — a salvation that makes every believer unspeakably wealthy in the grace of Christ, but does not promise earthly riches or unblemished physical health.

Writing in the “Houses of Worship” column in The Wall Street Journal, DeForest B. ["Buster"] Soaries, Jr., pastor of the First Baptist Church of Lincoln Gardens in Somerset, New Jersey, writes of the scandal of the prosperity gospel and its popularity among African American churches:

The prosperity gospel — the idea that God guarantees truly faithful believers physical health and financial wealth — is not new. But cable and satellite television broadcasting have turned prosperity preachers into celebrities that have followings similar to musicians and movie stars. A movement and a theology that once seemed like an aberration among black churches now appears to be mainstream.

Teaching that desire for more material possessions is a sign of one’s religious piety is simply offering a justification for crass consumerism. Prosperity theology elevates greed to a virtue instead of leaving it as one of the seven deadly sins.

Of course, it is much easier for clergy to preach this gospel when they are living proof that the “system” works. Hence the celebrity-like lifestyles of so many religious leaders. The fact that the people most likely to do well in the prosperity gospel movement are the people at the top suggests that it is all an ecclesiastical pyramid scheme.

Soaries seems mostly concerned in this article about the false promises of wealth and the economic effects of these teachings on African Americans. All Christians should share his outrage, and know that prosperity theology is found among all races and ethnicities. The television screens are filled with their messages and heresies.

But the central problem with prosperity theology is that is is a false gospel. The prosperity preachers do not promise too much, they promise all the wrong things.

Of course, The Wall Street Journal is an interesting place to find an article on prosperity theology. The editors of that famous newspaper know what leads to financial wealth — that is their business — and they know that prosperity theology leads into deeper poverty. It’s only those at the top who drive the expensive cars and ride in private jets.

Accused Pastor Vows to 'Run On' Despite Charges - AP

It Takes a Court to Define Sin? - BPB (Albert Mohler)

A Colossal Fraud - Grace to You (John MacArthur)