As President Obama hosted Netanyahu and Palestinian President Mahmoud Abbas for this latest round of talks, the parties agreed to meet again on a regular basis until a final agreement is reached, hopefully within a year. But we cannot help but reflect on the numerous failures to achieve peace over the course of history.

Cal Thomas, noted columnist, made this very reflection in an editorial late in August. He began with George Santayana's famous declaration, “Those who cannot learn from history are condemned to repeat it.” Thomas then traced the history of Arab-Israeli peace agreements beginning all the way back to the British Mandate over Palestine following World War I, and continuing to the present day. Virtually every actual or attempted peace agreement has ended, not only in failure, but in an increase in hostilities between the Jews and the Arabs. 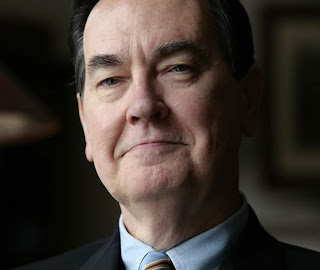 Thomas noted, “To Israel's enemies, talks and agreements are incremental steps toward their ultimate goal of annihilating the Jewish state.” He mentioned that the issues at stake are similar to those at prior peace talks in recent days: Jerusalem; the Palestinian refugee situation; territorial compromise; and agreement on Israel's sovereignty in the region. His prediction of the outcome?

“If the all-too-familiar scenario plays out, Israel will give up more land, the Palestinians will make more promises which, like the others, they will break, and more riots and terrorism will follow under the pretext that Israel has not ceded enough. After the maximum propaganda value has been extracted, the Palestinians will agree to more talks and the scenario will be replayed.”

Only time will tell, but we strongly suspect that Mr. Thomas is correct in his assessment. He closed his commentary by saying, “The United States and the West have learned nothing from history, and, thus, are doomed to repeat it.”

We have said it before, but it bears repeating whenever the subject of peace in Israel comes to the forefront: there will never be a true, lasting peace in that part of the world, until the Prince of Peace, the Lord Jesus Christ, comes to rule and reign in His Millennial Kingdom. Until then, and especially now, we should “Pray for the peace of Jerusalem” (Psalm 122:6).

Palestinians not to recognise Israel as a Jewish state - GulfNews.com