I’m heading to Chicago today to speak at the “Inside The Middle East Crisis Conference” this weekend, as well as to speak at several other events in and around the Windy City.

As I head there, the main storyline in the Middle East I’m tracking is the intensifying covert war underway in Iran by the U.S., Israel and Western intelligence agencies. This is a key element in my forthcoming political thriller, The Twelfth Imam. But it is not fiction. It is all too real.

The goal: to sabotage Iran’s nuclear facilities, assassinate Iranian nuclear officials, and persuade other key Iranian insiders to defect. In January, one of Iran’s top nuclear scientists was killed in a car bombing in Tehran. This followed a series of other scientists dying mysteriously or disappearing without a trace in recent years. 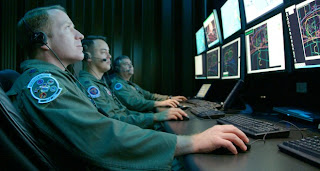 In May, CBS News reported that “intelligence operatives…have sold Iran [nuclear] components with flaws that are difficult to detect, making them unstable or unusable.” Noted Mark Fitzpatrick, the former Deputy Assistant Secretary of State for Non-Proliferation and now Senior Fellow in Non-Proliferation at the International Institute for Strategic Studies, ”Industrial sabotage is a way to stop the program, without military action, without fingerprints on the operation, and really, it is ideal, if it works. One way to sabotage a program is to make minor modifications in some of the components Iran obtains on the black market, and because it’s a black market … you don’t know exactly who you are dealing with,” Fitzpatrick said.

The latest development is a mysterious and highly aggressive ”malware” virus of unknown origin that is suddenly plaguing computer systems at nuclear facilities and other industrial plants throughout the Islamic Republic. The effect appears to be so severe that Iran had to announce at least a two month delay in the launch of on-line operations at its Bushehr Reactor that the Russians helped build. Indeed, an estimated 30,000 computers in Iran have been infected. Neither the CIA nor Israel’s Mossad has commented, much less claimed credit. Nor are they likely to do so. Perhaps they are not involved. But it may be that the relative success of this on-going and intensifying covert war inside Iran accounts for why Israel has not taken direct military action thus far.

The shape of threats to come - IDG NEWS