Prophecy and Israel Oil Exploration: A Sure Thing?

From time to time we receive questions about the merits of investing in the Israeli oil exploration industry. Would it offer good return prospects? Could there be a Biblical basis for the idea that oil will be found in Israel someday? For an oil analyst, these would be easier questions to answer were they not linked up with religious beliefs. As such, any answer is likely to offend someone’s sensitivities.

(Editor’s Note: This article is an excerpt from a larger essay entitled Prophecy Speculations: Wildcatting in Israel? which will first appear in the Midnight Call issue of October 2010.)

We empathize with those who wish to support Israel and would certainly not begrudge Israel were it to find massive oil and gas deposits someday. Far from it. However, if it was only a matter of beneficent sentiments for Israel, there would be little reason to investigate further. More is involved.

Why explore for oil, and why in Israel? Of course, it is well understood that oil exploration can be a very profitable business should major hydrocarbon deposits be found. But how do oil executives normally determine where they will drill? Usually, such decisions are guided by the studies of geologists and business analysts. It is a high risk business; with as many as 80% of drilled wells coming up dry. 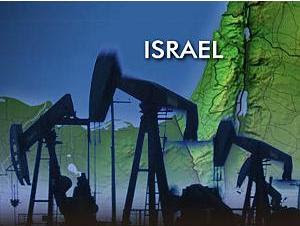 Why specifically invest in companies that are exploring for oil in Israel? It only has a fledgling oil exploration industry comprised of less than 20 companies, most of which are very small. Oil finds over the years have been meager, although recently significant natural gas deposits have been located 50 miles offshore under the Mediterranean. Nevertheless, many investors in Israel are drawn in by the claims of some ministries (and promoters) that there is Biblical proof that oil will be found in Israel.

Surely, there is nothing wrong with exploring for oil in Israel. However, are some investors being led to misjudge the risks and prospects for success because of an implied religious or Biblical validation?

If this were so, it would not be new. Christians, unfortunately, are often gullible. Too many drop their defenses when a huckster implies credibility on the strength of some religious association or Bible verse. Could this be true in the case of Israel-based oil exploration? Just how realistic is it that huge reserves of oil or natural gas will be found in Israel? We have examined the evidence, having approached this topic from two perspectives: 1. Science … the evidence from geology and historical exploration results; and 2. The Bible.

Our findings? May we be rationally analytical? Please realize that we are not hostile to investors who wish to put their money into Israeli oil exploration especially as many do so out of a spirit of benevolence. We cannot find any non-debatable, irrefutable statements in the Bible anywhere that can be construed as proof that significant amounts of oil will be found in Israel someday … nor that hundreds of millions of dollars should be lost in such speculations.

At best, we find verses that are vague insinuations, but not proof. It seems to be a case of eisegesis … reading into Scripture what is being sought. As such, we are inclined to believe that these supposed prophecies will not increase anyone’s odds of finding oil in Israel. Nor, critically, should anyone rely on Bible prophecy to promote any investment prospect.

A number of well-respected evangelical Bible teachers have isolated some verses that possibly could leave open the prospect that oil “might” someday be found in Israel. Dr. David Jeremiah, Dr. Timothy Lahaye as well as prophecy experts such as Hal Lindsay and Joel Rosenberg openly speculate that oil will someday be found in Israel. Said Lindsay, “Prophetically, I believe oil will be found on Zion’s [Zion and Oil and Gas Inc.] leases.”

We recognize that various of these views are mostly “belief statements” and not claims of absolute certainly. Yet, these opinions of experts are often promoted by others as being supportive of Israeli oil exploration … the intended implication to potential investors being that success is highly probable.

The “Christian” connection and the implied good cause of finding “prophetically validated” oil may well loosen the wallets of both investors and benefactors. Notably, Zion (the most active Bible-inspired explorer presently) has virtually been in a continuous state of capital raising over the past several years. It has successfully attracted tens of millions in funds, and this remarkably throughout the most difficult period of the Global Financial Crisis.

Oil exploration is a risky business at best. To date, Zion has yet to locate any commercial quantities of oil and has no revenues. For the sake of their investors and the charitable trusts that Zion has founded, we hope their fortunes will change. All the same, we cannot point to any prophecy or industrial advantage that would suggest that investment in prophecy-inspired oil exploration companies is any less risky.

What can readers conclude? Please do not at all be dissuaded from supporting Israel. If you wish to invest money in Israel, please do so. However, do not allow your decision in any such matters to be influenced by claims of “prophetic validation.” It will not give you an investment “edge” nor an inside track.

US expert: Another 12 trillion cf of gas offshore from Israel - Globes