A Jewish Temple organization has slammed as "a hubris-inspired act of self-aggrandizement" controversial plans by a Pentecostal church to reportedly build a $200 million replica of the First Temple in Sao Paulo, Brazil.

"This planned church is a mockery which stands in diametric opposition to everything that the Holy Temple of Jerusalem represents," Rabbi Chaim Richman, director of the international department of the Temple Institute, stated in a press release.

"The Bible, bequeathed to the world by the Jewish people, emphasizes the preeminence of Jerusalem and its spiritual and prophetic role in the future of both Israel and all mankind," Richman said.

"We are witness today to the phenomenon of nations that seek to de-legitimize Israel's connection to Jerusalem. This planned mega-church represents the next logical step, the de-legitimization of the significance of Jerusalem altogether," he said.

Richman slammed the reported plans by the Universal Church of the Kingdom of God as a "cynical and manipulative attempt to morph the Bible's universal message into its own self-serving agenda." 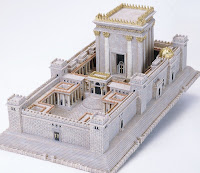 According to the UK Guardian, the Universal Church of the Kingdom of God will construct a church in Sao Paulo based on King Solomon's Temple, including a replica of the Ark of the Covenant at its center.

"We are preparing ourselves to build the temple, in the same mold as Solomon's," Bishop Edir Macedo, the church's leader and founder, was quoted as saying in the report.

"[Solomon's] Temple … used tons of gold, pure gold ... . We are not going to build a temple of gold, but we will spend tons of money, without a shadow of doubt," said Macedo.

Macedo told the British newspaper his church had signed an $8 million contract to import stones from Israel.

The Temple was the center of religious worship for ancient Israelites. It housed the Holy of Holies, which contained the Ark of the Covenant and was said to be the area upon which God's presence dwelt. All biblical holidays centered on worship at the Temple. The Temples served as the primary location for the offering of sacrifices and were the main gathering place for Israelites.

The Temple Mount has remained a focal point for Jewish services for thousands of years. Prayers for a return to Jerusalem and the rebuilding of the Temple have been uttered by Jews since the Second Temple was destroyed, according to Jewish tradition.

According to research by Israeli Author Shmuel Berkovits, Islam historically disregarded Jerusalem as being holy. Berkovits points out in his new book, "How Dreadful Is this Place!" that Muhammad was said to loathe Jerusalem and what it stood for. He wrote Muhammad made a point of eliminating pagan sites of worship and sanctifying only one place – the Kaaba in Mecca – to signify the unity of God.

A guide to the Temple Mount by the Supreme Muslim Council in Jerusalem published in 1925 listed the Mount as Jewish and as the site of Solomon's Temple. The Temple Institute acquired a copy of the official 1925 "Guide Book to Al-Haram Al-Sharif," which states on page 4, "Its identity with the site of Solomon's Temple is beyond dispute. This, too, is the spot, according to universal belief, on which 'David built there an altar unto the Lord.'"

The Temple Mount was opened to the general public until September 2000, when the Palestinians started their intifada by throwing stones at Jewish worshipers after then-candidate for prime minister Ariel Sharon visited the area.

Following the onset of violence, the new Sharon government closed the Mount to non-Muslims, using checkpoints to control all pedestrian traffic for fear of further clashes with the Palestinians.

During "open" days, Jews and Christian are allowed to ascend the Mount, usually through organized tours and only if they conform first to a strict set of guidelines, which includes demands that they not pray or bring any "holy objects" to the site. Visitors are banned from entering any of the mosques without direct Waqf permission. Rules are enforced by Waqf agents, who watch tours closely and alert nearby Israeli police to any breaking of their guidelines.

Solomon’s Temple replica to be built in Brazil - JTA

An Overview of the Future Temples - Rapture Ready (Randall Price)