While Israel is hoping for a peaceful resolution to Iran's nuclear ambitions, the Jewish state is also preparing for "a time of war," declared a Knesset member of Prime Minister Benjamin Netanyahu's ruling Likud party.

"We are prepared for all risks," said Likud Knesset Member Danny Danon. "And I think our enemies should know that even though we are speaking of peace, we are getting ready for a time of war, as well."

Danon, the deputy speaker of Israel's parliament, was speaking in a radio interview with WND senior reporter Aaron Klein, who hosts an investigative program on New York's WABC 770 AM Radio.

Danon hinted that Israel may take action if the world does not stop the Iranian nuclear threat, recalling Israel's lone strike on Iraq's nuclear reactor in 1981. 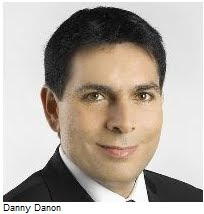 Stated Danon: "We are ready for all scenarios, and we are able to defend our civilian population. I cannot tell you how long we can wait more. But we prefer to wait and see if the international bodies are acting, or [whether] it will be only the burden of Israel, like it was in the early '80s, when the great leader, Menachem Begin, [made] the great decision to bomb the nuclear reactor in Iraq."

Despite his assertion that Jerusalem is preparing to act alone, Danon stressed that Iran is an international concern. He called on the Western world to "take action" against Iran's suspected illicit nuclear program.

"I think we have to take action," he said. "It's about time to take action. It should be the international world and not only Israel. And I expect the administration in the White House to wake up as soon as possible."

Danon said he is concerned the international community has not been forceful enough in its policies toward Iran.

"What we see today is that the Russians, the Americans, the Europeans all say they are worried about Iran becoming nuclear, but in fact Iran is working full ahead, and it's only a matter of months or a year before they will be reaching the point of no return," he said.

Danon stated that any future military confrontation against Iran "should be an international effort."

"We don't want this to be a war of Jews against Muslims. It should be a war of Western civilization [against] Iran," he said.

"The threat of Iran becoming nuclear is a threat for the people who live in the U.S., Europe and Israel." he said. "No one can guarantee that Iran will use its power only against Israel."

Ahmadinejad: Iran's Response to an Attack Will "Encompass the Entire World" - MEMRI