By God’s grace and the prayers of evangelical Christians around the U.S. and around the world, Mosab Hassan Yousef, the son of one of the founders of Hamas, won his court case Wednesday after the U.S. government relented and decided to grant him political asylum. 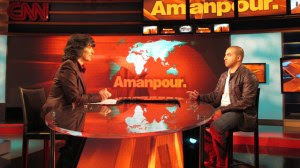 Mosab called me yesterday to tell me the good news. He asked me to pass on his heartfelt thanks to everyone who has been praying faithfully for him, including those who participated in the 2010 Epicenter Conference over the weekend. At the conference, we showed an exclusive interview with Mosab on how he moved from jihad to Jesus. Tens of thousands of Christians prayed for the Lord to protect him, grant him favor with the U.S. authorities, and give him courage and boldness to continue being a witness for how the Lord Jesus Christ has completely changed his heart and given him a deep love for the U.S., Israel, as well as his fellow Palestinians.

The U.S. government had threatened to deport Mosab as a “threat” to the United States given his past involvement in Hamas. If this had happened, Mosab could have been sent back to the West Bank where he would have faced almost certain assassination by Hamas terrorists. But at a hearing near San Diego yesterday, the judge essentially acknowledged that Mosab had truly renounced Islam, become a devoted follower of Jesus Christ, renounced Hamas, renounced violence, and become a double-agent for the Israeli intelligence services. In so doing, Mosab helped the Israelis thwart scores of terrorist attacks and arrest scores of terrorists, and thus save hundreds of innocent Israeli, Palestinian and American lives.

Supporting Mosab has been dozens of Congressman and Senators; former CIA Director James Woolsey; and Gonen Ben Itzhak, Mosab’s “handler” in the Shin Bet, Israel’s secret service agency (similar to our FBI). Since coming to the U.S. a few years ago, Mosab has been outspoken about the evils of Hamas and Radical Islam, and outspoken about his love for Jesus. His book, Son of Hamas, tells of his transformation from jihad to Jesus and hit the New York Times best-seller list this spring.

Thanks again to everyone who has been faithfully praying for Mosab. Please continue to pray for his safety, his spiritual growth, and for the Lord to give him wisdom on where to live now, and how to invest his time for God’s kingdom.