A federal judge today ruled in favor of Eastern Michigan University's recent decision to remove a Christian student from its graduate program in school counseling because she refused to provide counseling for homosexual clients on the basis of her religious beliefs.

The student, Julea Ward, had filed a religious discrimination lawsuit against the school leading up to today's court ruling after she was told by the school that she would "only be allowed to remain in the program if she went through a “remediation” program so that she could “see the error of her ways” and change her belief system about homosexuality", according to a Fox News report. 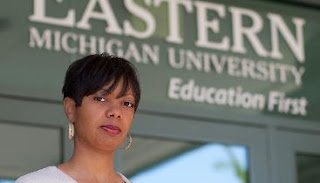 For a school to tell Miss Ward that she would have to change her "belief system" and "see the error of her ways" in order to continue obtaining her education was nothing short of asking her to deny the Word of God and, essentially, refute her Christian faith. No matter what any judge says to the contrary, that's the bottom line and today's court decision has set a dangerous precedent for Christian students across the United States of America.

For now, it appears, public universities around the country, the majority of which are so liberal that Christian students are already ridiculed beyond what should be acceptable for refusing to believe in politically correct societal trends that fly in the face of God's Word, are going to be able to require Christian students to compromise their faith without fear of reprisal - and we can be near certain it is going to occur on the heels of this ruling, which the Alliance Defense Fund is going to be appealing on behalf of Miss Ward.

For a long time now, Christians in the United States have avoided the sharp sting of persecution others have known in nations less free than our own, but the spirit of antichrist is flourishing in the hallowed halls of government and courtrooms all over our nation today. Should the Lord delay His coming much longer, this incident will pale in comparison to what the future holds for biblically principled Christians. We can take that to the bank.