“In an interview recorded on Monday, Ahmadinejad did not specify whether he thought Iran itself would be attacked nor did he say what intelligence led him to expect such a move. The United States and Israel have refused to rule out military action against Iran’s nuclear program which they fear could lead to it making a bomb, something Iran denies. ‘They have decided to attack at least two countries in the region in the next three months,’ Ahmadinejad said in excerpts broadcast on the rolling news channel on Tuesday. 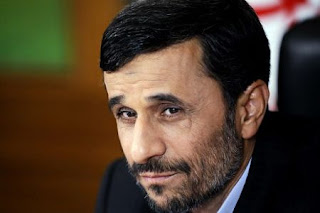 Ahmadinejad’s warning comes amidst several interesting developments in the region — surprisingly tough new economic sanctions imposed on Iran by the European Union and Canada, as well a curious rift developing between Russia and Iran. Moscow and Tehran have been increasingly close allies in recent years. But in recent weeks Russia voted for new U.N. sanctions on Iran, criticized Iran for moving towards nuclear weapons, and now says it will not deliver S-300 missiles to Iran (after saying just a few weeks agothat it would). Furthermore, the BBC reports that “an additional factor that may further influence the decision-making in Moscow is Saudi Arabia’s offer to buy more than $2bn worth of Russian weapons (helicopters, armour, anti-aircraft missiles) on condition that Russia does not sell Iran S-300 missiles, and stops supporting it [Iran] in the UN.”

Ahmadinejad: US and Israel plot wars within three months - DEBKAfile