Addressing the graduates of the West Point military academy, President Obama pledged to shape a new international order as part of a national security strategy which expresses his faith in cooperation and partnership to confront the economic and military challenges of the future. Obama said that his international order will resolve the challenges of our time by countering violent extremism and insurgency, stopping the spread of nuclear weapons, and preventing conflict. 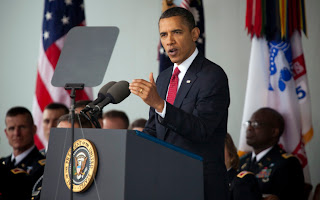 The call by President Obama for a new international border in our world today sounds very similar to the end of time scenario that can be found in Bible prophecy.

The idea of a new international order suggested by President Obama is basically the same rhetoric that has been heard down through the years and called a new world order. As Mr. Obama addressed the future military leaders at the graduation ceremonies at West Point, the President seemed to package the idea couched in his security strategy for America. President Obama seems to think as do other ideologues that the challenges facing our world today, economically and militarily, can be met with a world order that actually is far from being a new concept.

Bible prophecy has been foretelling this approach to resolving what seems to be insurmountable problems in our world. Nimrod, the great-grandson of Noah 4500 years ago, put together the first new world order when he defied God by building one great city in Babel instead of repopulating the entire earth after the worldwide flood. This is recorded in Genesis chapters 10 and 11. That same pattern used by Nimrod will be followed in the last days as the Antichrist will lead a new world order or as President Obama calls it, a new international order - and the Antichrist will set up this international, economic, political, governmental center in Babylon, birthplace of the original idea. This scenario is described in Revelation 13 and 18.

President Obama's new international order is indeed setting the stage for Bible prophecy to be fulfilled.