All Roads Lead to Heaven? — Kathleen Parker Does Theology

Parker began her column with the fact that Franklin Graham prayed outside the Pentagon last Thursday, rather than inside, having been disinvited by the Pentagon as the speaker for its scheduled National Day of Prayer service. Graham, you will remember, was disinvited because of statements he made about Islam — statements directly referenced by the Army spokesman as “not appropriate.” 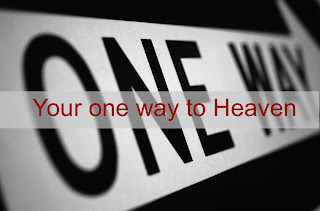 Those statements made clear reference to the Gospel of Jesus Christ as the only message of salvation, to Christ as the only Savior, and to Islam as an evil belief system that pulls millions away from faith in Christ and delivers no hope of salvation. In a later interview, Graham made his point about the uniqueness of the Christian Gospel, adding Hinduism as another example of a false religion.

All this was too much for Kathleen Parker, who asked: “Oh well, it doesn’t matter where one prays, right? All prayers lead to heaven. Or do they?”

But, Parker advised her readers, evangelicals are not likely to hold onto this belief for long. In her words:

Graham isn’t alone in his views. A survey of 1,000 Protestant pastors, conducted by an evangelical polling firm, found that 47 percent agree that Islam is “a very evil and a very wicked religion.” But such opinions may be confined mostly to an older generation. Evangelicals under 30 believe that there are many ways to God, not just through Jesus.

In essence, Kathleen Parker was advising secular America that the distinctive evangelical belief in the necessity of belief in Christ for salvation has a generational expiration date stamped on it. She then cites research by David Campbell of Notre Dame and Robert Putman of Harvard indicating that “nearly two-thirds of evangelicals under 35 believe non-Christians can go to heaven, vs. 39 percent of those over 65.”

So, even as secular Americans are expected to recoil in horror at the idea that there are Christians who still believe that faith in Jesus is the only way of salvation, they are given the hope that the coming generation of younger evangelicals will abandon that conviction and follow the path set by liberal Protestantism. There are signs she may be right, but this would mean the surrender of the Gospel.

But Kathleen Parker is not finished with her argument. She then turns to Fingerprints of God, a recent book by Barbara Bradley Hagerty of National Public Radio. Hagerty cites neuroscience as giving evidence of a “God spot” in the brain that supposedly indicates that all religious beliefs are the same:

Her research led to some startling conclusions that have caused no small amount of Sturm und Drang among those who believe theirs is the one true way. She found that whether one is a Sikh, a Catholic nun, a Buddhist monk or a Sufi Muslim, the brain reacts to focused prayer and meditation much in the same way. The same parts light up and the same parts go dark during deep meditation.

Well, no Sturm und Drang here, Mrs. Parker. This neuroscience may tell us something about the operation of the brain, but it tells us nothing of theological importance. It might indicate that certain religious practices have similar effects in the brain, but it tell us nothing about which theological beliefs are true. The evidence from neuroscience is of interest in this respect only to those who believe that all religious experience is merely a reflection of biology — and if you believe this you are not concerned about heaven or hell at all.

Kathleen Parker’s column is indeed revealing. But the most revelatory aspect of her essay is its unmasked hostility toward any belief that there is only one way of salvation. This is the so-called “scandal of particularity” that causes so much secular offense. In recent years the Roman Catholic Church has officially embraced forms of inclusivism in order to reduce this burden, and liberal Protestantism has embraced just about every relativistic alternative, from outright universalism to various forms of inclusivism, in which people are believed to be saved through Christ, but not through any conscious knowledge of Him. The universalists argue that all religions lead to the same truth. Inclusivists argue that all faiths eventually lead to Christ, even if He is not known. Both are repudiations of the Gospel of Jesus Christ.

The column by Kathleen Parker is yet another signpost of the current age and the worldview of the secularized classes. In their view, what evangelicals believe about the Gospel of Jesus Christ is just out of bounds and embarrassing.

But, she tells her readers, don’t worry — younger evangelicals are going to put that belief far behind them.

Aren't all religions the same? Is Christ the only way to God? - Faith Facts