The Weakening of America from Within

On 10 April 2010, actor Jon Voight made an appearance on the Fox News Network where he read a message to the American people. His message was direct and succinct, and he stated that in his first year in office, Obama has significantly weakened America. Mr. Voight correctly states that via Obama’s training and implementation of the Alinski method, “a socialistic, Marxist teaching… he rapes this nation, taking down our defenses, making new language for the Islamic extremists.” 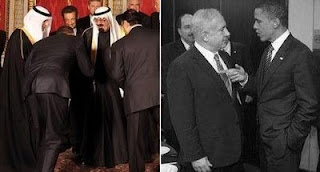 Those who may dismiss Mr. Voight or the venue in which he delivered his message may prefer to instead read yesterday’s article in the New York Times, where it was confirmed that Barack Hussein Obama’s promise of a “new relationship” to the Muslim world has indeed been implemented. Titled “Reaching Out Quietly to Muslims in America, author Andrea Elliott states:

In other words, the Obama administration has shaped our internal counter-terrorism strategy at the higher levels of government – those who make and implement security policy – according to the desires of the very people who adhere to an ideology antithetical to the security and interests of the United States. The visible changes of policy regarding the handling of the threat of Islamic terrorism are perilous enough. What are worse are the “covert” high-level meetings with Islamic fundamentalists who have expressed a desire to change, or soften America from within – and the Obama administration is allowing those very individuals to dictate our internal security policy.

Whether you decide to listen to Jon Voight or The New York Times, the deliberate and methodical weakening of America from within, at the hand of a man with deep Muslim roots, is in full swing.

Obviously, it is a reprehensible practice to allow our enemies access to our defensive strategies. To allow them to shape such policies is arguably treasonous.

Poll: 4 out of 5 Americans don't trust Washington - My Way News