Turkish and Chinese Explorers Claim to Have Found Noah’s Ark

A group of Turkish and Chinese explorers belonging to the “Noah’s Ark Ministries International” have announced in Hong Kong that they have found Noah’s Ark, 4000m (11,000 ft.) up, in the famous Agri (Ararat) mountain in East Turkey.

The team of Evangelists who went up the Agri (Ararat) mountain in East Turkey have even claimed that they have entered the Noah’s Ark and have pictures and specimens to prove it. 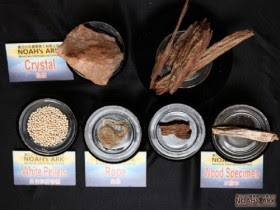 According to the explorers, the specimens taken from the remains of the boat they have found have a carbon date of 4,800 years and matches the story told by historians. If the explorers are right, then they have found one of the most famous ships ever to be known to mankind.

Mr Yeung Wing who was part of the team of explorers and is a documentary film maker based in Hong Kong said “It’s not 100 percent that it is Noah’s Ark but we think it is 99.9 percent that this is it, ”The group consisting of over 15 explorers from Hong Kong and Turkey were at the press conference they organized yesterday and showed the press, some of the specimens they brought from the alleged Ark consisting of ropes, nails and pieces of wood. According to the description of the explorers, there were ropes and nails presumed to keep the famous boat together and to tie the animals as-well-as several wooden compartments where were said to keep the animals in.

It has also been reported that, Turkish officials will ask Ankara to apply for UNESCO World Heritage status to protect the site. The Noah’s Ark Ministries International have also announced that a major archaeological dig will be carried out in the mountain but this will not be easy with the weather conditions being tough and the height of the finding. According to religious faiths including Judaism, Christianity, Islam, and many other, Noah was ordered by God to build a ship to house his family, himself and the world’s animals from a huge flood which was to perish earth. It is then believed that when the waters receded, the Ark rested at a mountain.

Turkish locals around the famous mountain and in many other cities have long believed that the Ark was indeed in Turkey after a Turkish air force pilot on a NATO mapping mission saw a boat like object in Dogubayazit, Turkey in 1959.

The boat like remains was thought to be the fossilised remains of the Arch but in 2006 a detailed satellite image of the northwest corner of Mt. Ararat in eastern Turkey had clearly depicted a boat like image under the snow coated mountain.

Some experts however believe that the remains may be part of a human settlement, but the explorers are denying this by saying, “we have never found a human settlement above 3,500 meters in the history of mankind”.

It is also said that the finding was very well preserved due to the freezing temperatures of the mountain at 4000 meters (13,123 feet) high.

Has Noah's Ark Been Found on Turkish Mountaintop? - FOX News