Four incidents recently showed anew how keenly Islamic supremacists want to shut down the freedom of speech — and how eager many Americans are to accommodate them. 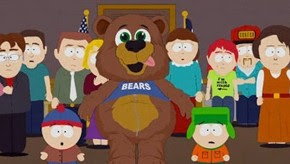 “I would’ve advised them not to do it. If somebody came to me and said, ‘Look, O’Reilly, I want to do a little satire of Muhammad on “The Factor,”’ I would say I don’t think so, because the risk is higher than the reward.”

The risk of defending free speech against violent threats and intimidation is higher than the reward? If the Founding Fathers had thought that way, we wouldn’t be having this conversation now. If the enemies of free speech, such as those who threatened “South Park’s” Matt Stone and Trey Parker over their Muhammad episode, see that death threats will frighten their victims into silence, they will only issue more death threats. Unless free people stand up and defend the right of free discourse no matter what the risk, we will surely lose that right — and any ability to stand up against the tyranny of a powerful group whose word and status cannot be questioned.

And that chastened silence before a privileged class is certainly the goal of Islamic supremacists in the United States. Besides threatening “South Park,” they also compelled the Pentagon to withdraw an invitation to evangelist Franklin Graham to participate in its National Day of Prayer event on May 6. Graham’s crime? Calling Islam “evil,” a comment he explained in this way:

“If you look at what the religion does just to women, women alone, it is just horrid. And so yes, I speak out for women.”

The plight of women in the Islamic world is real. The Army should have given Franklin Graham’s explanation of his remarks thoughtful consideration — just as they should have considered the implications of the fact that the chief group complaining about Graham’s appearance at the event was the Council on American-Islamic Relations (CAIR), an unindicted co-conspirator in a Hamas jihad terror funding case.

Instead, now the Army is abetting the whitewashing and cover-up of the institutionalized mistreatment of women in Islamic law. The Graham invitation could have been, as Barack Obama might say, a “teaching moment,” and an opportunity to stand up for the human rights of those women and other groups oppressed by Sharia. Instead, it is just an occasion for more submission to Islamic supremacists.

Also last week, a man named Sidney Elyea was given a hearing date of June 1 in his civil case concerning what were reported to be obscene and “anti-Islam” drawings he posted around St. Cloud, Minn. Before the civil charges were brought against Elyea, prosecutors in two counties declined to file criminal charges against him, saying that he was clearly within his 1st Amendment rights. Regarding the civil case, Elyea’s lawyer remarked:

“Given what our Supreme Court has done to protect the right to free speech, it baffles me that the government has not dismissed this case.”

Ah, but Muslims are offended, and so heads must roll — figuratively, in this case.

Meanwhile, the Miami-Dade Transit authority likewise demonstrated a willingness last week to bow to Islamic law — although in this case the 1st Amendment won out. The Freedom Defense Initiative, a new organization I have begun with Pamela Geller, placed ads on Miami buses supporting religious liberty, offering help to Muslims wishing to leave Islam but threatened by their families in accord with Islam’s death penalty for apostates. Miami-Dade Transit quickly removed the ads, explaining that they were “offensive to Islam.” After our lawyer reminded Transit officials about the 1st Amendment, the ads are going back up, with more added.

Islamic supremacists continue their assault on free speech in America, and they are mostly winning. It’s time to hand them a few losses on this most crucial of fronts.

The Truth About Muhammad: Founder of the World's Most Intolerant Religion - Robert Spencer (Book)