Prime Minister Benjamin Netanyahu agreed to quietly halt all Jewish construction in eastern Jerusalem as a "confidence-building gesture" toward the Palestinian Authority as demanded by the Obama administration, a top PA official told WND. 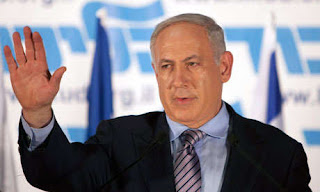 The PA official said Netanyahu will not make a public declaration on the subject for fear of upsetting his nationalist coalition, which would be forced to respond to any public Jewish construction freeze in Jerusalem. The official said while the Jerusalem freeze would not be announced, no new Jewish construction in the eastern sections of the city will be approved by the local municipality.

The official said the agreement, brokered last week by George Mitchell, Obama's envoy to the Middle East, satisfies the PA's precondition for beginning direct negotiations with Israel aimed at creating a Palestinian state.

The official also said Mitchell extracted a pledge from Netanyahu that he will extend a 10-month halt to all Jewish construction in the West Bank that he implemented in November, also as a so-called confidence building gesture to the PA demanded by the Obama administration.

Meanwhile, the PA has not been asked to make any major gestures to Israel to jumpstart talks. The U.S. has not demanded the PA recognize Israel as a Jewish state.

Netanyahu's spokesmen could not be immediately reached for comment regarding the report of a de facto freeze in Jewish construction in eastern Jerusalem.

On the ground, there have been almost no new building projects in eastern Jerusalem for more than a month.

Israel's Haaretz newspaper two weeks ago reported staff members of the Jerusalem District Planning and Building Committee have been instructed by Netanyahu's office to halt their work. The order followed a public spat with the Obama administration after housing was approved for 1,600 new homes in an already-existing Jewish community during Vice President Joe Biden's visit to Israel in March.

At the time, the White House slammed the construction approval as an "insult" and an impediment to peace.

Barkat: US demand 'slap in the face' - Jerusalem Post

Israel and Palestinians close to restarting peace talks - The Guardian