Israeli Officials Reluctant to Comment on Weakening Sanctions Against Iran

With diplomatic relations deeply strained at present between the Obama Administration and the Israeli government, officials in Jerusalem seemed reluctant to comment on the weakening of proposed UN sanctions against Iran. 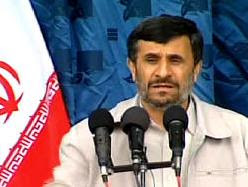 The American government was planning to ask Russia and China to join Western powers in imposing sanction designed to sever Iranian government access to most international banks and capital markets. Other planned sanctions would have closed all international airspace and ocean waters to Iranian cargo aircraft and ships. However, when Chinese and Russian leaders objected to these proposals, the Obama administration decided to drop them.

According to Israeli media reports, this move greatly disappointed Israeli leaders. But many seemed reluctant to say so in the midst of the growing diplomatic rift with the White House, which has demanded that Israel halt all home building in eastern Jerusalem and other portions of land which the Palestinians claim exclusively as their own. Israeli officials were said to be glad that sanctions aimed at weakening the Iranian Revolutionary Guards, and others allowing for search and seizure of suspect cargo ships headed for Iran, are still on the table.

A Nuclear Iran and the Futility of Sanctions - FrontPage Magazine