The Spiritual Body: A Real Body

Someone recently showed me an article from a reputable Christian magazine that stated we will not have physical bodies in the future heaven, based on an (incorrect) understanding of the reference in 1 Corinthians 15 to a “spiritual body":

When Paul uses the term “spiritual body” (1 Corinthians 15:44), he is not talking about a body made of spirit, or an incorporeal body — there is no such thing. Body means corporeal: flesh and bones. The word spiritual here is an adjective describing body, not negating its meaning. A spiritual body is first and foremost a real body or it would not qualify to be called a body. Paul could have simply said, “It is sown a natural body, it is raised a spirit,” if that were the case. Judging from Christ’s resurrection body, a spiritual body appears most of the time to look and act like a regular physical body, with the exception that it may have (and in Christ’s case it does have) some powers of a metaphysical nature; that is, beyond normal physical abilities.

Paul goes on to say, 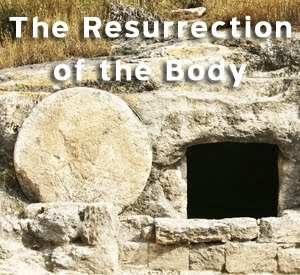 One Bible student told me that he couldn’t believe that the risen Christ might have DNA. But why not? Who created DNA in the first place? Christ explicitly said that his body was of flesh and bones. Flesh and bones have DNA. There is no reason to believe that his new body doesn’t. Is Christ a former descendant of Abraham and David, or is the glorified Christ in Heaven still their descendant? I believe his claim to rulership in the Millennium and on the New Earth depends in part on the fact that he remains — and will always remain — an actual, physical descendant of Abraham and David.

A body need not be destructible in order to be real. Our destructibility is an aberration of God’s created norm. Death, disease, and the deterioration of age are products of sin. Because there was no death before the Fall, presumably Adam and Eve’s original bodies were either indestructible or self-repairing (perhaps healed by the tree of life, as suggested in Revelation 22:2). Yet they were truly flesh and blood.

Scripture portrays resurrection as involving both fundamental continuity and significant dissimilarity. We dare not minimize the dissimilarities — for our glorification will certainly involve a dramatic and marvelous transformation. But, in my experience, the great majority of Christians have underemphasized continuity. They end up thinking of our transformed selves as no longer being ourselves, and the transformed Earth as no longer being the earth. In some cases, they view the glorified Christ as no longer being the same Jesus who walked the earth — a belief that early Christians recognized as heresy.

Many of us look forward to Heaven more now than we did when our bodies functioned well. Joni Eareckson Tada says it well:

“Somewhere in my broken, paralyzed body is the seed of what I shall become. The paralysis makes what I am to become all the more grand when you contrast atrophied, useless legs against splendorous resurrected legs. I’m convinced that if there are mirrors in heaven (and why not?), the image I’ll see will be unmistakably ‘Joni,’ although a much better, brighter Joni.”

Our Hope: The Redemption of Our Bodies - Desiring God (John Piper)

Do Christians Still Believe in the Resurrection of the Body? - AlbertMohler.com

Our Resurrection Bodies - Grace to You (John MacArthur)