I have been called a lot of things but never a "bully" and never a "Pharisee." But since I am referenced in a sad new book, The New Pharisaism: How Spiritual Bullies Attack the Church," I felt I needed to respond to this pathetic attempt to call good ministries and leaders Pharisees just because they are contending for the faith in an apostate climate.

About a decade ago a new kind of ministry came along as a a result of rising apostasy and false teaching. They were branded as "discernment ministries" and that is probably pretty accurate. Olive Tree Ministries started out with a pro-Israel slant as well as being an end-time watcher. Today we also find ourselves trying to defend the faith and encouraging discernment in the church (Luke 12:56; Proverbs 2:3). 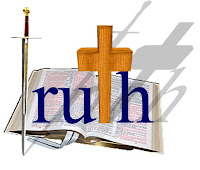 What discernment ministries are trying to do is take a stand against those who have hijacked evangelicalism in the last 30 years. For starters, that would include the "seeker-sensitive" movement that often dumbs down preaching, Emergent heresy, the mystical movement (so-called Christian Yoga, contemplative prayer, etc.), the new Mary for Protestants movement, the emphasis by evangelicals on fictitious man-made global warming, Muslim-Christian dialogue, and more.

Those of us being chastised by the author of this new book, Bill Slabaugh, take the warning in Ezekiel 33:6 very seriously!

"But if the watchman sees the sword coming and does not blow the trumpet and the people are not warned, and a sword comes and takes a person from them, he is taken away in his iniquity; but his blood I will require from the watchman's hand."

This book suggests that several national organizations, Web sites, newsletters, and radio broadcasts - including "Understanding the Times" radio - have turned their sights on the church and have attacked Christian leaders and other faithful believers. This so-called new "Pharisaism" demonstrates that very unbiblical practices are being introduced into some churches in America as a part of the apostasy of the last days. The author of the book and other critics suggest that we "bullies" have used this phenomenon for our own selfish gain and self-promoting agenda.

What financial gain is there in standing for truth, naming names of false teachers, and losing a ton of financial contributors because we have touched their sacred cow?

There is a cost in contending, and it can be in dollars and cents. It can sink a ministry or stunt its growth.

I have to ask, "Since when did contending for the faith (Jude 3) become bullying?!"

Those of us accused are simply believers who cherish the true Word of God. We would like to hear about God and the Bible with no additives and preservatives. We want to avoid the latest fads in the contemporary church that are entertainment-oriented and that try to keep up with the pop culture. We are not interested in church-growth efforts. But when we question the church's infatuation with the spirit of the age, we are called some pretty abysmal names.

"Just as politicians and pundits play the race card or the gender card, the Pharisee card is used to discredit someone by implying that he is narrow, rigid, and unloving. Most often these days, the Pharisee card is played to portray a fellow Christian as a 'doctrinal purist,' resistant to change, and therefore, unconcerned for the lost."

Quite the contrary: We are just asking that the gospel preached to the lost be pure.

Wilkin goes on to say,

This ministry will continue speaking the inconvenient truth which will continue to get us labeled as unloving bullies and Pharisaical for years to come. I offer no apologies. How tragic that it is discernment ministries today that are seen as troublemakers and dividers when they are standing up for a true gospel and solid doctrine.

The time is short. Telling the truth is more important than popularity contests right now. The Bible speaks of escalating apostasy in the last days so I ask a few more of you to join the ranks of contenders for the faith.

What is the emerging / emergent church movement? - GotQuestions.org