Economists Warn of Another Financial Crisis

A new report released by a group of leading economists, financiers, and former federal regulators says that even as the world struggles to recover from the present global economic crisis, there is another one coming that will be worse than the current one, the worst economic downturn since the Great Depression.

This doomsday economic report says that without enforced reforms, another crisis is inevitable and the report calls for putting in place regulatory reforms before we move into the next financial crisis. Economists say the world is remarkably close to another Great Depression and the threat of the Doomsday cycle remains strong and growing. In fact, it is nearing the stage that would lead to a catastrophic, global financial collapse. 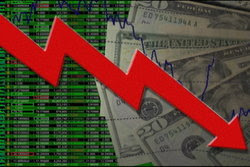 The threat of a global economic collapse that could happen very soon is a precursor to the end times scenario that can be found in Bible prophecy.

This scenario of another financial crisis worse than the present one is indeed a precursor to the Biblical scenario for the last days that can be found in Bible prophecy. Revelation 18 reveals that in the time just before Jesus Christ returns to the earth, there will be a world economic center in Babylon, modern day Iraq, that will control the financial dealings of the world. Revelation 13:16-17 tells the student of Bible prophecy that during these last days, the years leading up to the Lord's return, those who want to buy or sell, even for daily necessities, must have an identification mark on their forehead or the back of their hand which will be part of this global economic structure.

The report of another financial crisis coming worse than the present one is indeed a precursor to the fulfillment of Bible prophecy.

Economists: Another Financial Crisis on the Way - ABC News