Iran's President Mahmoud Ahmadinejad has announced to the world that his terrorist sponsoring nation is capable of enriching uranium to make an atomic bomb. Russia and China, permanent members of the United Nations Security Council, have assisted Iran in this endeavor. Russia has built the nuclear installations for Iran and China has provided missile technology that Iran might have a delivery system once it has a nuclear bomb. With the announcement, Russia has also promised Iran delivery of air defense systems that will make it more difficult for Israel to attack Iran's nuclear installations.

The problem with Iran, Russia and China and nuclear weapons is nearly a decade old. It was November 23, 2004 that Islamic head of the UN International Atomic Energy Agency, Mohamed El Baradei, told the world, "I am not willing to jump to the conclusion and say this is a weapons program unless I see a diversion of nuclear material to such a program or I see clear cut proof that this is a weapons program. And we are not there yet." El Baradei spent years buying time for Iran and its partners to build Iran's nuclear program. For his efforts, he was awarded a Nobel Peace Prize in 2005. Now reality is that Iran was and is developing a nuclear bomb. 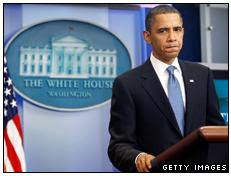 Reality is something of which the man who occupies the Oval Office needs a strong dose. He told reporters on February 9 that the Iran situation was under control. He said, "And what we are going to be working on over the next several weeks is developing a significant regime of sanctions that will indicate to them how isolated they are from the international community as a whole." Fact is, the UN has been proposing sanctions for years, only to have them watered down or blocked by China and Russia. This White House, which is enamored with appeasement negotiations with Iran, doesn't understand Iran intends to dominate the world with Islam so it is not the least bit concerned about international isolation.

To allow the Islamic madmen of Iran to develop a nuclear bomb for use against Israel is irresponsible and reckless. Yet prophecy will not be denied. Ezekiel 38 and 39 prophesies that the Lord will bring Gog from the Land of Magog, along with Persia, Libya and Ethiopia to attack Israel in the latter days. These lands in modern times include Russia, parts of Western China, Iran, and Northern Africa. That the heathen may know God, Ezekiel 39:4 says, "Thou shalt fall upon the mountains of Israel, thou and all they bands, and people that is with thee." The Lord will destroy those coming against Israel. And the prophecy clock again ticks forward with this Iranian news and the international community's response to it.

US legislation to back anti-government moves in Iran - Press TV