Vanishing Christianity - A Lesson from the Presbyterians 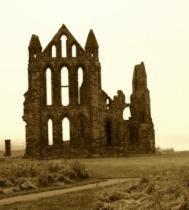 The latest evidence for this pattern is found in a report just released by The Presbyterian Panel, a research group that serves the Presbyterian Church (U.S.A.) [PCUSA]. The panel's report is presented as a "Religious and Demographic Profile of Presbyterians, 2008." The report contains relatively few surprises, but it is filled with data about the beliefs of Presbyterian laypersons and clergy.

A majority of church members, pastors, elders, and specialized clergy describe themselves as moderate, liberal, or very liberal in theological outlook. Less than half of church members (44%) and elders (48%) report a conversion experience. Interestingly, ministers were not asked that question.

In general terms, elders were slightly more conservative in belief than other church members. Female pastors were significantly more likely (51%) than male pastors (23%) to identify themselves as liberal or very liberal. Among other ministers (identified as "specialized clergy"), 62% of females identified themselves as liberal or very liberal, compared to 45% of males.

Majorities of all groups indicated agreement with the statement, "There is life beyond death." But the most significant theological question concerned the exclusivity of the Gospel and the necessity of belief in Jesus Christ for salvation. On that question there was great division, with over a third (36%) of PCUSA church members indicating that they "disagree" or "strongly disagree" with the statement that "only followers of Jesus Christ can be saved."

Only 43% of church members disagreed or strongly disagreed with the claim that "all the world's religions are equally good ways of helping a person find ultimate truth."

This is a church that has lost its confidence in the Gospel in terms of the clear biblical claim that salvation comes only through faith in the Lord Jesus Christ. This latest report confirms the continued abandonment of the Gospel in an increasingly secularized denomination.

Liberal Protestantism - institutionalized in the old Protestant "mainline" denominations - has been following a path of theological accommodation for a century now, and there appears to be little hope for a major theological correction. Renewal groups have been working within these churches for decades, attempting to call the denominations back to biblical Christianity. To date, they have won only isolated battles in most of these churches.

"And so the mainline churches wane - disheartened, aging, increasingly irrelevant, all too often satisfied to serve as a sort of sanctimonious echo of National Public Radio or the left wing of the Democratic Party. For a variety of reasons, many liberal Protestants, especially church leaders, have endorsed a view of reality and a way of life that have helped produce a society that is breaking up. And they have become part of the problem."

But this report points to the most devastating reality among these churches - the loss of faith and doctrinal conviction among church members. Theological compromise appeared first among the pastors, theologians, church executives, and seminary professors. Denominational bureaucracies again and again prove themselves resistant to correction. For years, the hope had been that laypersons - the church members themselves - would force a correction and lead a return to evangelical conviction.

This report indicates just how distant that hope now appears, largely because the church members themselves have adopted liberal beliefs.

Back in 1994, a team of sociologists considered this phenomenon, looking particularly at the Baby Boomers in the Presbyterian Church (U.S.A.). Dean R. Hoge, Benton Johnson, and Donald A. Luidens published their findings in Vanishing Boundaries: The Religion of Protestant Baby Boomers. They identified the phenomenon of "lay liberalism" in the PCUSA and throughout liberal Protestantism.

As they explained, "This perspective is 'liberal' because its defining feature is a rejection of the orthodox teaching that Christianity is the only true religion. Lay liberals have a high regard for Jesus, but they do not affirm that He is God's only son and that salvation is available only through Him."

That report explained that "lay liberals who are active Presbyterians do not differ sharply in their religious views from the people who are not involved in a church but describe themselves as religious. There is, in short, no clear-cut 'faith boundary' separating active Presbyterians from those who no longer go to church." The researchers also repeated their point that the defining mark of "lay liberalism" is "the rejection of the claim that Christianity, or any other faith, is the only true religion."

This abandonment of biblical Christianity is a tragedy of the first order. Churches and denominations birthed in biblical orthodoxy have been ransacked and secularized. The crisis has migrated from the pulpits to the pews, and recovery is only a dim and distant hope.

Evangelicals should consider this tragedy with humility and theological perception. If similar trends are allowed to gain traction among evangelical churches and denominations, the same fate awaits. The larger issue here is not the continued vitality of any denomination as an end in itself, but the integrity of our witness to the Gospel of Jesus Christ.

Make no mistake - in the end, vanishing theological boundaries will amount to vanishing Christianity. This report makes that point with devastating clarity.

Some Presbyterians see salvation by other faiths - AP

The Truth War: Fighting for Certainty in an Age of Deception - John F. MacArthur (Book)

Aren't all religions the same? Is Christ the only way to God? - FaithFacts.org