In this time of deficits, one Utah state senator has an idea about how to save the state money; make 12th grade optional. He argues that students fritter away their final year of high school anyway. The idea may be financially appealing, but with American public schools turning out so many poorly educated students, having the kids graduate a year earlier likely won't help the problem. 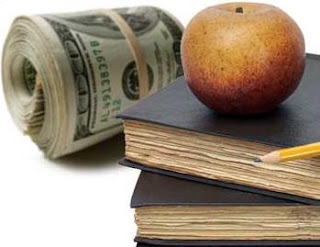 A large number of high school seniors waste their final year of high school, Senator Chris Buttars argued before Public Education Appropriations Subcommittee this month. "You're spending a whole lot of money for a whole bunch of kids who aren't getting anything out of that grade," he said. "It comes down to the best use of money." Getting rid of 12th grade altogether would save the state $102 million, Buttars said. He estimates that just giving students the option to graduate early would save about $60 million in a state facing a serious budget shortfall.

Despite the financial incentive, it's not surprising that Buttars' idea has been met with opposition from teachers, parents, and students. Many students do not waste their senior years, and cutting out the year would not solve the problem for those that do. Even if that year became optional, students would simply shift from frittering away their senior years to frittering away their junior years.

More to the point, American students seriously need an education. John Balden, president of the Utah chapter of the American Federation of Teachers, told ABC News., "In higher education we find an awful lot of students unprepared for college. Twelfth grade is really a necessary grade."

And that is just the problem. The dropout rate may be down, but so is the educational quality of graduating students. The US Department of Education reports that the dropout rate fell across all racial groups from a total average of 14.1 percent in 1980 to 8.7 in 2007. While more kids are staying in school, though, colleges find that increasing numbers of new students require remedial classes in core courses. The Detroit Free Press reports that one in five Michigan college students is enrolled in catch-up courses, and according to the annual report by the Colorado Commission for Higher Education, about 53 percent of new students entering two year colleges in the fall of 2008 needed remedial help in reading, math or writing.

The No Child Left Behind Act created in 2002 was supposed to bring accountability to schools and keep students from falling through the cracks. The original plan put together by the Bush Administration purposed to cut out government bureaucracy and give more flexibility to the states and local school districts. What came out of Congress, though, gave the Federal government even more control over American education, and according to the Federal Register, Vol. 71, No. 202 (2006), NCLB increased the paperwork burden for schools by an estimated $141 million.

NCLB was supposed to improve the educational quality of failing schools, but has instead had a variety of disappointing results. Many teachers have focused on "teaching to the test" to make sure students can pass the standardized tests that NCLB requires, while neglecting many important aspects of education, not to mention driving the natural love of learning out of children. College professors complain that new students have no critical thinking skills but have been trained to be simple fact-collecting machines.

Things are not better at the government level. States do have the freedom to set up the standardized tests, but to avoid the consternation of the Federal Government, many state governments have given in to the temptation to simply lower their standards so that more students are able to pass.

Most recently, a cheating scandal has erupted in Georgia, where it has been discovered that a number of teachers have "corrected" the answers on their students' standardized tests in order to ensure the desired test results. Attempts to make schools truly accountable seem to be backfiring.

The public school system is not the only problem in American education, though. Increasingly, more students are left unaccountable for taking charge of their own learning. Too many students go home to empty houses or to parents who do not bother to make sure they get their homework done. Some teachers are no longer allowed to give students failing grades, and their calls home produce no improvement in student motivation or effort.

A variety of cultural problems can be blamed. Students watch too much television and play too many video games, exacerbating the problem of children with short attention spans. Many young people in American culture expect things to be handed to them and do not realize that good jobs have to be earned. There is little thinking about the future as kids focus on feeding the desires of today. Kids are neglected and abused, ignored and rejected, and have a difficult time learning because they are afraid of bullies. The list goes on and on.

What do we do about it?

We need to pray. The problem is a multi-faceted one, and throwing money at the problem or starting a host of new programs will not magically fix things. We do not just have to fix American education, we need to fix the societal fabric of America. We need to start with prayer.

There are also some very practical steps Americans can take to help the situation. More power and flexibility need to be returned to the state and local school districts, because local districts understand their own specific problems better than do distant federal bureaucrats. Parents need a variety of choices in where to send their children to school, whether through charter schools or voucher programs or home schooling clubs. These alternatives not only offer students a way out of failing public schools, but also relieve some of the public schools' large class sizes.

Students need to be held accountable for their actions much more than they are in schools where grades lower than a C are not allowed. Parents and teachers need to cooperate in making sure their children do their school work and behave themselves. Administrators need to hire teachers who are good communicators with a passion for the material they teach, and they need to really listen to parents and teachers.

Perhaps most importantly, parents as a whole need to take charge of making sure their children learn, whether by helping them with their homework, or reading to them, or just getting them away from the television for a few minutes of real conversation. Best yet, parents need to help instill in their children a love for learning by involving them in exploration of this world, both indoors and out. If kids develop their own love and motivation to learn, we will get the well-informed, clear-thinking young Americans we need them to be.

Should Christians homeschool their children? - GotQuestions.org