Recently the Israeli cabinet under Prime Minister Netanyahu declared the Machpelah Cave - burial site for the Jewish Patriarchs in Hebron - and Rachel's Tomb in Bethlehem as part of the heritage of the Jewish people which the United Nations has condemned. The United Nations Envoy to the Middle East Peace Process, Robert Serry, condemned this cabinet decision saying that the Jewish sites are on occupied Palestinian land and they are of great significance historically to both the Moslems and Christians as well.

The Israeli government has set up a plan for the preservation of the heritage sites of the Jewish people across the state of Israel and the United Nations envoy warned Israel this plan could undermine the highest priority for all of those who seek peace in the Middle East. 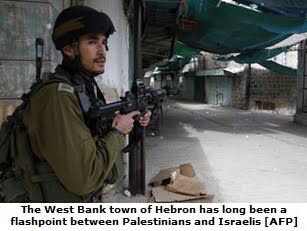 The United Nations condemnation of Israel's plan to preserve the historical sites of the Jewish people for over 4000 years is an indication that the last days scenario found in Bible prophecy is quickly approaching fulfillment.

Much of the land of Israel, the Jewish state in the Middle East, has a past, present, and future significance. In fact, every time an Israeli starts a building project the Antiquities Authority must sign off on that piece of real estate as being free of any historical significance. Recently, the Israeli government decided to put in place a plan to preserve these historical Jewish sites. Two such sites, the Machpelah Cave in Hebron and Rachel's Tomb in Bethlehem are located in what is referred to as the Disputed Territories. However, the United Nations peace envoy for the Middle East condemned Israel because he says that these two sites are on occupied land and are significant to Moslems and Christians as well.

Machpelah Cave in Hebron dates back to 4000 years ago to the times of Abraham and its the burial site for the Jewish Patriarchs Abraham, Isaac, and Jacob. This is a piece of real estate that Abraham paid cash money for (Genesis 23). Rachel's Tomb in Bethlehem is where Jacob buried his wife after she gave birth to their son Benjamin, the last of the twelve sons of Israel (Genesis 35). There were not Christians or Moslems around at that time in history - thus there is no Moslem or Christian connection to these sites. This is another example of how the world will come and try to take the land away from the Jewish people in the last days (Psalm 83:4).

Bible prophecy will be fulfilled.