In a report released by the Defense Department, the United States military leadership says that they must focus on fighting a wide range of threats from cyber-attacks to terrorism and they have revised the previous objective of being equipped to fight two major conflicts at any time. Secretary of Defense Robert Gates says this new strategy accounts for threat such as cyber-attacks, Global Warming, and guerrilla style insurgencies, while at the same time, having enough men on the ground in the present war zones and any that may come up in the future.

The report says that the US military's top priority is to prevail in today's wars citing the need to dismantle terrorist networks in Afghanistan and Iraq. 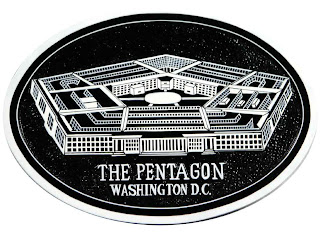 The new strategy plan for the United States military calls for dealing with multiple wars in our world today, a precursor to the end time prophetic scenario that can be found in Bible prophecy.

Strategic planners at the United States Defense Department have revised their military strategy to focus on fighting multiple wars all at the same time. With the onslaught of cyber-attacks on the Pentagon and even in war zones the top brass in the United States military said they must be prepared to deal with what comes their way. As every day passes the threat of terrorism or even guerrilla style insurgency must be an intricate aspect of the military's present day strategy.

This report is in line with the end of days scenario found in Bible prophecy. Jesus - in the most powerful prophetic message he gave while here on Earth, the Olivet Discourse - said that there would be wars and rumors of wars with nation fighting against nation and kingdom against kingdom (Matthew 24:6-7).

In the book of Revelation we see the prophecies that also describe a period of wars, a seven year long period with the major wars at the beginning of this period (Revelation 6:3-4) and at the end of the seven years (Revelation 19). Each of the other Jewish prophets, 17 of them, also reveal a similar scenario for the last days.

The new Pentagon strategy focuses on multiple wars - indeed it is a precursor to Bible prophecy being fulfilled.