The Only Hope for a Jihadist

Mosab Hassan Yousef, devout Christian and son of Sheikh Hassan Yousef, a Hamas founder and one of its leaders in the West Bank said: "I wish I were in Gaza now. I would put on an army uniform and join Israel's special forces in order to liberate Gilad Shalit. If I were there, I could help. We wasted so many years with investigations and arrests to capture the very terrorists that they now want to release in return for Shalit. That must not be done." 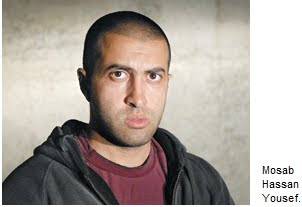 … "Hamas cannot make peace with the Israelis. That is against what their god tells them. It is impossible to make peace with infidels, only a cease-fire, and no one knows that better than I. The Hamas leadership is responsible for the killing of Palestinians, not Israelis. Palestinians! They do not hesitate to massacre people in a mosque or to throw people from the 15th or 17th floor of a building, as they did during the coup in Gaza. The Israelis would never do such things. I tell you with certainty that the Israelis care about the Palestinians far more than the Hamas or Fatah leadership does."

The Jerusalem Connection says: The vicious and visceral hatred embedded in the DNA psyche of the Islamic Jihadist precludes any real peace with them on the part of Jews or Christians. The only hope for a Jihadist is that he comes to Jesus. Mousab Hassan Yousef is an example of one whose change is a direct result of his conversion to Christ. Absent that conversion, the only realistic prayer for the Jihadist is the prayer of Asaph in Psalm 83. When Yahweh answers that prayer Israel’s enemies will be disposed of and there will be peace in Jerusalem.

Israel's man in Hamas just 'wanted to save lives' - Ha'aretz