According to Israel National News, the Kuwaiti newspaper Al-Siyasa is reporting a parking lot is being prepared along the Lebanese-Syrian border for Syrian tanks to be deployed soon. Reportedly, a lot of explosives are being used to clear large rocks from the area to accommodate them which, if true, is another marked indicator that tensions in the Middle East are close to coming to a boil.

Through bible prophecy, we know the Middle East is going to be a hotbed of military conflict in the last days with one event believed by many to be on the prophetic horizon standing out more and more as a possibility, namely the destruction of Damascus.

The burden of Damascus. Behold, Damascus is taken away from [being] a city, and it shall be a ruinous heap (Isaiah 17:1).

Israel has been quite clear of late in signaling Damascus that any conflict between the two nations is going to be dramatic in scope as evidenced by Israeli Foreign Minister Avigdor Lieberman's comments made on 2-14-10, during which he indicated that any future war between the two longtime enemies will not only result in defeat for Syria but the removal of Syrian President Bashar Assad and his family from power as well. 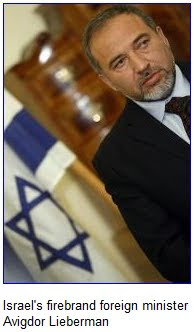 Lieberman's warnings have apparently fallen on deaf ears, given Syria is still escalating an already tense atmosphere in the region which doesn't bode well. If something as decisive as Israel plotting regime change for Syria in the event of war doesn't make it as clear as crystal that a knockout punch is being planned for Syria, as well as its capital city of Damascus, I don't know what would and yet the beating of war drums continues.

Given that Syria seems to be taking its cues from Iran in relation to brazenly provoking Israel, Tehran having openly called for Israel to be wiped from the face of the earth on a routine basis in recent years, there's no telling what lies ahead in the near future in the troubled Middle East. Between Syria's stalking behavior and the recent admission on the part of the IAEA (International Atomic Energy Association) that it believes Iran is presently working to build a nuclear warhead, nothing should surprise us.

Pray for the peace of Jerusalem: they shall prosper that love thee (Psalm 122:6).