At a two day conference held in Jerusalem, the global forum for combating Anti-Semitism, over 50 nations gathered with some 500 delegates to discuss the issue of Anti-Semitism and they heard from Israel's Minister of Diaspora Affairs that not one day goes by without an expression of hatred against Jews.

The conference leader quoted the late Dr. Martin Luther King, Jr. who said that Anti-Zionism, in other words, Anti-Israel, is the same as Anti-Semitism indicating that anyone who criticizes Israel is criticizing the Jewish people. 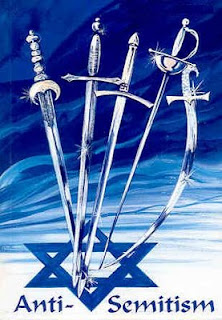 The global forum to fight against Anti-Semitism held in Jerusalem reveals that being Anti-Israel is Anti-Semitic which Bible prophecy confirms as well.

Anti-Semitism is alive and kicking according to the Minister of Diaspora Affairs in Israel, Yuli Edelstein, who told 500 delegates from over 50 nations of this world that not one day goes by without an expression of hatred against Jews. Edelstein said that Jews around the world are in danger of their lives and when the state of Israel is under repeated assaults, that this is the worst kind of Anti-Semitism.

This issue, Anti-Semitism, is an issue that is not going away in the future, in fact it will only intensify according to Bible prophecy. The Jewish prophets spoke about hatred of the Jewish people in the last days, a hatred that will increase to the point that the Lord will have to intercede on behalf of the Jewish people. Jeremiah talks about the time of Jacob's Trouble, Jeremiah 30:7.

John, the Apostle, the writer of the book of Revelation, said that Israel, the Jewish people, will come under fire for a seven year period of time in the last days, Revelation 6-19. Zechariah wrote that two out of every three Jewish people will be killed during that time described in Revelation, Zechariah 13:8.

Indeed Anti-Semitism is alive and kicking and will only get worse.

What is Israel's role in the end times? - GotQuestions.org