Drilling for the Truth

You know, it's funny that I've heard very little from the mainstream media and even less from the Obama administration about a Department of the Interior/USGS report that was released in April of 2009. In the report, the United States Geological Survey (the government's official estimator of recoverable oil and gas resources) revised its 1995 estimate of the oil capacity of the Bakken Formation. 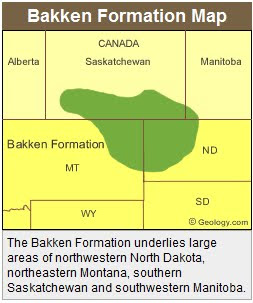 The Bakken Formation is a crude oil deposit that lies under portions of North Dakota and Montana. In 1995, the USGS estimated that there were 151 million barrels of oil in that deposit. However, due to improved forecasting techniques and recovery equipment, and the increased market value of crude oil over the last 15 years, the USGS re-evaluated the data and revised its estimate. It now says that the Bakken Formation will yield 3.65 BILLION barrels of oil - a 25-fold increase! And with the 1 to 2 TRILLION potential barrels of shale crude from the Green River Region of Colorado, Utah, and Wyoming, some experts say that America's energy independence would be assured for the next two centuries!

So why is the government and its media allies sitting on this information? Why are they allowing our nation to stay under the thumb of Saudi Arabia and other hostile oil-supplier regimes in the Middle East? Why is President Obama guaranteeing $2 billion to a Brazilian oil company to develop off-shore wells to recover oil to sell to China, yet not spending a penny to develop our own domestic resources? (The answer to the latter question may be obvious: George Soros, who poured $120 million into Democratic campaigns in 2008, is a major shareholder in the Brazilian company.)

Let me give you a hint: so the chill of global warming will linger until a new crisis can be developed to drive us to our knees and make us ready to join a one-world government.