Hindsight - The Most Newsworthy Events of 2009

The year 2009 is still very close in the rear-view mirror, and what a year it was. The year was significant for any number of reasons, including the fact that it marked so many anniversaries. 2009 marked the fortieth anniversary of Woodstock and the twentieth anniversary of the fall of the Berlin Wall. A good many young Americans see both as ancient history.

How will 2009 be remembered? Looking back over the year, ten major developments seem most important to me from this vantage point. A few years from now, 2009 might be remembered differently, but these markers stand out as 2010 begins:

1. The Inauguration of Barack Obama as President of the United States

The inauguration of an American president is an act of solemnity and national purpose. The inauguration of Barack Obama as the 44th President of the United States came with all the usual fanfare and formality, but also with controversy and deep concerns. History was made as the nation inaugurated its first African-American president, and one of its youngest chief executives. The inaugural ceremony was marked by controversy over the ministers chosen for public prayer. The choice of Pastor Rick Warren of California's Saddleback Church was hardly a surprise, given the prominence of the Saddleback Presidential Forum during the campaign. But Warren became unexpectedly controversial when homosexual activists complained about his support for California's Proposition 8 - the measure that put an end to the state's brief season of legalized same-sex marriage. Obama later chose Bishop Gene Robinson, the openly-homosexual Episcopal Bishop of New Hampshire, to pray at the opening event on the Mall. Soon after taking office, the new President discovered what every newly-elected president learns - Congress has a mind of its own.

2. The Uprising in Iran

The year began as the thirtieth anniversary of the Iran Revolution that toppled the regime of the Shah Mohammad Reza Pahlavi and led to the establishment of Iran as an Islamic republic under the leadership of Ayatollah Ruhollah Khomeni. It ended with big questions about the survival of the current regime under the rule of the ayatollahs and President Mahmoud Ahmadinejad. The spark for the uprising came as Iran underwent a national election. Thousands of Iranians, including many students, took to the streets of Tehran and other major cities to protest electoral fraud and to support opposition candidate Mir-Hossein Mousavi. Despite the protests, Ahmadinejad declared himself the winner and police eventually won back the streets. Nevertheless, the harshly repressive action seemed very reminiscent of the efforts of the Shah to hold back the anger of the Iranian people. At the same time, Iran continued to flaunt international efforts to end its pursuit of a nuclear weapons program.

3. The Travail of the Global Economy

The global economic recession was foremost on most minds as the year began and the Obama administration took office. Working in tandem with a Democratically-controlled Congress, the Obama administration undertook the most significant governmental take-over of the American economy since the administration of Franklin D. Roosevelt, with massive Federal investments in virtually all sectors of the economy. The unthinkable became the actual as General Motors declared bankruptcy and American taxpayers became the company's largest stockholders - and General Motors was just the tip of the economic iceberg. As the year ended, some declared the "Great Recession" officially over, but a declining home values and rising unemployment underlined both hardship and the expected length of the economic recovery. Furthermore, the role of China as America's creditor loomed as a long-term worry that had been largely unknown by most Americans.

4. The Death of Michael Jackson and the Nation's Addiction to Celebrity

Notable deaths of 2009 included Senator Edward M. Kennedy and Evangelist Oral Roberts, but the most widely-covered death of the year was the unexpected demise of entertainer Michael Jackson. A digital search of the year's headlines will reveal the international fascination with Jackson, a brilliant marketer and entertainer, but a tortured soul whose various presentations of himself made him a focus of endless speculation and concern. His death - presumably by a drug-induced cardiac arrest - came as the entertainer was working on a comeback tour. His sensational trial and acquittal on charges of child sexual abuse in 2005 failed to stem his international appeal, but financial sources argued that his net worth surged once again only after his death. His memorial service was broadcast around the world, drawing an estimated 1 billion viewers. Cable news networks and other channels fed a national mania for Jackson that continued weeks after his death, underlining the nation's seemingly insatiable appetite for celebrity. 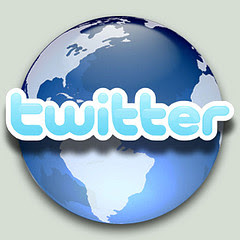 5. The Rise of Twitter and the Growing Domination of Social Media

Twitter, the micro-blogging sensation that took the year by storm, will soon register its 100 millionth user. "Tweets" of 140 characters or less became the communication medium of the year. At the same time, Facebook registered over 350 million members worldwide, with users spending 10 billion minutes there every day. By the end of 2009, Facebook had reached 54.7 percent of all Americans ages 12 to 17 - up from just 28.3 percent in 2008. The Age of Social Media had clearly arrived by 2009, changing the way Americans communicate and relate to each other. As one observer noted, even those in business who had dismissed social media as nothing more than notes about who was eating a doughnut with whom ended the year worried that their competition was eating their lunch.

6. The Battle over Heath Care Reform

The President began 2009 with a focused determination to transform the nation's health care system - a complex that includes no less than one-sixth of the nation's economy. The President's ambitious goals, articulated during the 2008 presidential campaign, gave way to political reality as the Obama administration discovered that its preference for a so-called "public option" was doomed in the U.S. Senate. The national debate over health care indicated that most Americans are not ready for a revolution in health-care delivery - much less for a major change in their own health insurance. As the year ended, the President had put the prestige of his administration clearly on the line, and the U.S. Senate barely passed a compromise bill on Christmas Eve. A much more liberal version adopted by the House of Representatives must now be reconciled with the Senate's more gradualist approach.

The biggest surprise of the health care debate was the so-called "Stupak Amendment" adopted by the House of Representatives that may well be the most significant pro-life legislation to pass either house of Congress since the Roe v. Wade decision in 1973. Americans gained a rare view of the kind of political shenanigans used by congressional leaders in order to negotiate much-needed votes. The year ended with the President declaring a major victory, but with huge concerns about abortion coverage and other issues looming.

7. The Leftward March of Liberal Protestantism

Though hardly surprising, the continued leftward march of liberal Protestantism meant further tragedy for several denominations. In particular, the Evangelical Lutheran Church in America (ELCA) stood the Lutheran tradition on its head by legitimating "bound conscience" as a means of subverting biblical authority. That denomination officially sanctioned the service of partnered homosexual clergy during its churchwide meeting in August. The Episcopal Church continued its headlong rush to flaunt its refusal to abide by a biblical standards of sexuality by declaring an end to the moratorium on electing openly-homosexual bishops and blessing same-sex unions. As the year drew to a close, the church's Los Angeles diocese elected an openly-lesbian priest as auxiliary bishop, setting the stage for in an evitable head-on collision with the worldwide Anglican Communion.

8. The Climate Summit in Copenhagen

The 2009 United Nations Climate Change Conference was supposed to produce a binding legal agreement to limit international carbon emissions. Instead, the Copenhagen Summit ended without any such agreement and the failure of the global event appeared to signal the ineffectiveness of the United Nations in terms of addressing climate change. Of course, the event itself became the focus of intense controversy over the scientific arguments related to global warming and climate change - controversy fueled by leaked e-mails that demonstrated scientific malfeasance among some leading researchers. In the end, President Obama and other leaders claimed to have cobbled together a "meaningful agreement," but harsh divisions between developed and developing nations led to an undeniable impasse. Nevertheless, the Copenhagen Summit may actually open the door to a far more reasonable approach to limiting carbon emissions - an approach that would rely on new technologies, market forces, and natural economic incentives. The unspoken conclusion of the process is the realization that the cost of limiting carbon emissions as called for by climate activists outweighs the potential threat in terms of immediate harm. In other words, when it comes to global warming, there is hope that cooler heads will prevail.

9. The Swine Flu Epidemic and the New International Hygiene

If anything, 2009 was a boom year for manufacturers of hand sanitizer. Worries about an epidemic of the H1N1 flu virus led to panic in many contexts and to what may well prove to be permanent changes in personal habits. Hand sanitizer dispensers are now increasingly ubiquitous in schools, churches, shopping malls, and restaurants. Concerns about the spread of the highly infectious virus led to mass immunization campaigns, a public health alerts, and a new hesitation about shaking hands. As the year drew to a close, it became increasingly clear that the virus was actually less deadly than the normal seasonal flu virus, and a major health catastrophe was averted. Nevertheless, the human race was reminded that we are vulnerable to microscopic viruses - a necessary and incredibly humbling knowledge.

10. The Spotlight on Private Scandals and Public Consequences

Every year seems to bring its own revelations and moral sensations, but the year 2009 seems particularly scarred by moral scandal. Sensational revelations of adultery were made by prominent leaders and celebrities including entertainer David Letterman, South Carolina Governor Mark Sanford, and golfer Tiger Woods. All three of these men found their lives open to public scrutiny in the aftermath of adultery.

David Letterman made his admission in the opening segment of his comedy program, leaving a bewildered audience uncertain whether to laugh or cry.

Mark Sanford, the Republican Governor of South Carolina, destroyed his political career and his marriage when he was caught in an adulterous affair with a woman in South America - an affair the Governor clearly did not want to end.

The year concluded with golfer Tiger Woods facing devastating financial losses as sponsors pulled their support in light of the media spotlight on his own marital infidelity. These scandals, added to so many others, served as reminders that private acts bring public consequences, that character does matter, and that marital vows do indeed mean something - even in this confused age.

And now 2009 has passed into history books, but we must not let it recede into memory without considering its lessons. The year to come will bring lessons of its own - can we see them coming?

Obama must speak out on Iran, ex-adviser says - CNN

What were 2009's worst attacks on Christianity? - WorldNetDaily

Twitter as the Media Industry's Bellweather Company in 2010 - BNET