The term “battlefield” has traditionally referred to the actual ground where armies meet to engage in active combat. Israel has sent soldiers to many battlefields over the past six decades, including inside and around the holy city of Jerusalem, Judea and Samaria, the Golan Heights adjacent to Syria, southern Lebanon, the Sinai Peninsula, and the Jordan Valley.

However in recent years, the term has expanded to include something that was totally unknown before the 1990s — cyberspace. Although the worldwide computer Web network is mainly designed to connect users to manifold information, shopping, and entertainment Internet sites, it is increasingly also the place where hackers, thieves, and Web warriors engage in their nefarious activities.

Being the recipient of hostile attention by Muslim jihad warriors located all over the planet, websites connected to the Jewish State are frequently targeted for attack. Social network sites like Facebook and YouTube are also increasingly utilized by anti-Israel bloggers and activists to launch verbal and video assaults upon the Jewish State and People.

Battles waged not on the ground, but in cyberspace, obviously require a different kind of soldier equipped in a unique manner. 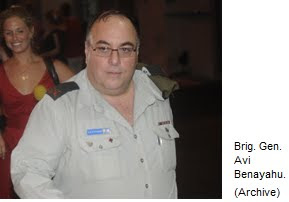 The new unit is partially the result of strong criticism leveled by many against the Israeli government and army for allegedly being slow to respond to the escalating cyber war that is constantly waged against the country.

The pressing need for such a unit became especially clear when cyber attacks directed at Israel reached a new zenith during the “Cast Lead” IDF military operation against Hamas forces in the Gaza Strip one year ago. At the time, the army spokesman’s office fought back by uploading footage of the conflict to YouTube, illustrating that Israeli military personnel were doing everything possible to prevent Palestinian civilian casualties and unnecessary property damage. The IDF videos were viewed by millions of Internet users.

General Benayahu said the new military unit will entirely bypass the regular media, focusing instead on directly reaching the huge, mainly young, international community that frequents popular social network websites. Already dubbed the “geek unit” by some Israeli pundits, it will comprise around ten carefully selected recruits who display advanced computer and communications skills before joining the army. Scouts will scour high schools around the country to find the right young men and women for the special job.

Although some might regard the new unit as a cushy assignment, army leaders say it could prove to be one of the most important military assets in the future as cyber battles become more frequent and intense.

Lie down with the dogs … - WorldNetDaily (Joseph Farah)