On the January 3rd edition of Fox News Sunday, retiring news correspondent and political analyst Brit Hume commented on the tragic story of the adultery of Tiger Woods. His surprising comments resulted in a firestorm. For example, Baptist pastor Welton Gaddy wrote in the Washington Post,

"Having served as a Christian minister for 50 years, I am delighted to see my faith discussed in public. However, I am not pleased to see my faith used in a utilitarian manner whether the issue is personal forgiveness or national politics."

Gaddy parroted almost every national newsman and religious commentator on staff at newspapers, radio and television stations - that Hume should not have evangelized on a TV news program. 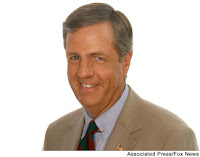 Here is what Hume said,

"Tiger Woods will recover as a golfer. Whether he can recover as a person, I think is a very open question. Its a tragic situation with him. I think he has lost his family. Its not clear to me whether he will be able to have a relationship with his children. But the Tiger Woods that emerges once the news value dies out of this scandal; the extent to which he can recover, it seems to me, depends on his faith. He's said to be a Buddhist. I don't think that faith offers the kind of forgiveness and redemption that is offered by the Christian faith. So my message to Tiger would be: Tiger, turn to the Christian faith and you can make a total recovery and be a great example to the world."

On Monday, Hume was interviewed by Bill O'Reilly. Here is what Hume told O'Reilly:

"My sense about Tiger is, is that he needs something that Christianity especially provides and gives and offers. And that is redemption and forgiveness...I think that Jesus Christ offers Tiger Woods something that Tiger Woods badly needs...If Tiger Woods would make a true conversion, we would know it. It would show through in his being. And he would know it above all, and he would feel the extraordinary blessing that that would be. And it would shine because he is so prominent. It would be a shining light and I think it would be a magnificent thing to witness."

Given the state of our nation and the condition of organized religion in America, it is no surprise that Hume is being attacked by many Christian pastors and religious commentators - people who, against the very word of God, do not recognize that every Christian is called as Mark 16:15 says,

"Go ye into all the world, and preach the gospel to every creature."

Jesus didn't say preach it except when you are working or are a government employee. There were no exceptions. In fact, the Apostle Paul prayed in Ephesians 6:19-20,

"...that I may open my mouth boldly, to make known the mystery of the gospel...that therein I may speak boldly, as I ought to speak."

Hats off to Brit Hume for his obedience!

On 'O'Reilly', Brit Hume Reaffirms His Faith; Tells Tiger Woods He Should to Turn to Christianity - America's News Today

A personal thanks to Mr. Hume - World Magazine (Andrée Seu)

Something About That Name - Town Hall (Cal Thomas)

If you can find a better deal, take it! - WorldNetDaily (Ann Coulter)