JERUSALEM – Members of the Obama administration recently assured the Palestinian Authority that most Jewish communities in the strategic West Bank will be evacuated, a top PA official told WND yesterday.

The official also said Obama will soon offer the Palestinians a public pledge that a Palestinian state will encompass most of the West Bank and eastern Jerusalem with the exception of what is known as the three main settlement blocs – Ariel, Gush Etzion and Maale Adumim. The pledge will likely be oral and not in the form of a letter, said the PA official. 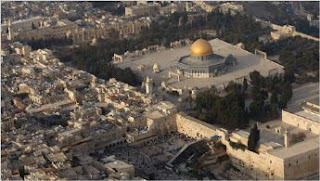 Further, both the PA official and a source in Prime Minister Benjamin Netanyahu's office told WND the Obama administration refused to counter a European Union draft document that supports the division of Jerusalem, with the Temple Mount going to the Palestinians.

The White House yesterday issued a statement that the status of Jerusalem should be determined by Israel and the Palestinians, but the statement stopped short of countering the EU proposal.

Sweden, which currently holds the EU presidency, last week presented to Israel and the PA the draft document, which recognizes all of eastern Jerusalem – including the Temple Mount – as the capital of a future Palestinian state.

"The EU will not recognize any changes to the pre-1967 borders, including with regard to Jerusalem," said the EU ministerial draft, referring to all of eastern Jerusalem.

"If there is to be a genuine peace, a way must be found through negotiations to resolve the status of Jerusalem as the future capital of two states," EU foreign ministers agreed in a statement released last Tuesday.

Israel's Foreign Ministry, for its part, warned the proposal would damage the EU's ability to be a Mideast mediator.