Sounding the Alarm of a Marxist Takeover of America

Talk show hosts Rush Limbaugh, Michael Savage, and Glenn Beck independently of one another are shouting from the radio and television towers that the White House and the Congress are destroying the free market system. They are imploring the American people to wake up and take action before the freedoms of this country completely come under the control of a Marxist socialist juggernaut. The Daily Jot has been sounding the alarm for seven years that this nation is in grave danger and that Christian Americans need to stand for what they say they believe to reverse the trend. Many that those trying to destroy the nation label as "extremists" have been pleading with Americans to wake up before its too late. 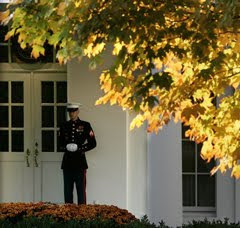 We know that devout Marxists have been appointed to positions in the Federal Communications Commission and the Federal Trade Commission. There have been several so-called "Czar" appointments that have had to step down for their radical anti-American beliefs and statements. Now posted on the White House website is a list of people who visited the White House. The White House says this is "transparency like you've never seen before" and that it is part of its "voluntary disclosure policy." In truth, the Bush Administration refused to release many of the names of White House visitors and so has the current Administration - only a partial list has been released.

These are just a few of the people who are being welcomed with open arms by the man who occupies the Oval Office. Not only are they welcomed, they are coming to the White House to give advice or to receive political favor. These are people who are enemies of the state. These are the movers and shakers in the White House's politics of change. These are the "Yes we can" warriors dedicated to destroying the US Constitution and the American way of life.

Secular and Christian watchmen alike are sounding the alarm that our nation is in grave danger. Who will do something about it?

Capitol to be filled with livid Americans - World Net Daily