In 1993, Yitzhak Rabin and Yasser Arafat (as well as Shimon Peres and Mahmoud Abbas) signed the Oslo Accords. It was an agreement intended to bring peace and security to both the Israelis and the Palestinians. It promised to settle all the contentious issues and provide secure homelands for both populations. All within a strict seven year framework.

Sixteen years later, there is little peace and less security. In fact, the Palestinians are now threatening to declare their independence, ask the United Nations to recognize their state, and essentially scuttle the entire peace process. And they say the United States has indicated it won't veto the plan in the Security Council. 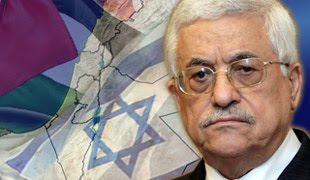 Apparently, they want to start over from square one. More specifically, they want the UN to engineer a do-over of the 1967 war. Only this time, the Palestinians want to be declared the winners of the war lost by the Egyptians and Jordanians during those fateful six days.

Palestinian spokesmen are now openly talking about "the endgame." Unfortunately, their concept of "the endgame" is just a bit different than the one foretold by the ancient prophets. Daniel, Jeremiah, and Zechariah outline a scenario that doesn't bode well for those who seek the destruction of God's people.