Prime Minister Binyamin Netanyahu weakened Israel this week. And he did so for no good reason.

Thursday's headlines told the tale. The day after Netanyahu bowed to US pressure and announced a total freeze on Jewish construction in Judea and Samaria for ten months, Yediot Aharonot reported that the Obama administration now wants Israel to release a thousand Fatah terrorists from prison.

The Americans also want Israel to allow US-trained, terror-supporting Fatah paramilitary forces to deploy in areas that are currently under Israeli military control. Moreover, the Americans are demanding that Israel surrender land in the strategically crucial Jordan Valley to Fatah. 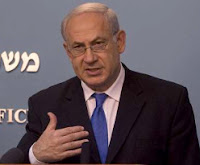 And these are just American preconditions for starting negotiations with the Palestinians. According to Yediot, if those talks ever begin, the White House will demand that Israel accept a Palestinian state in Jerusalem, Judea, Samaria and Gaza and agree to ethnically cleanse all the areas of Jews.

So far from winning American support or at least causing the White House to ease its bullying, US President Barack Obama sees Netanyahu's decision to implement a militarily irrational, bigoted policy of prohibiting Jews from building in Israel's heartland as a drop in the bucket.

The truth is that Israel should not be in the business of negotiating the right of Israeli cities and villages to exist and prosper. The notion that it is acceptable to demand that Jews not be permitted to live in Judea and Samaria - or anywhere else in the world - is not a notion that Israel should countenance.

That being said, putting the so-called "settlements" genie back in the bottle is a tall order. After all, Israel agreed to place it on the table in the 1993 Oslo agreements and made its willingness to dry out Jewish communities explicit with its acceptance of the so-called road map in 2004. To take Israeli communities off the agenda it would be necessary to repudiate these deals.

Given what it will take to remove Jewish communities from the negotiations chopping block, it makes sense that Netanyahu has not moved in that direction since taking office. But willingness to discuss these communities is not the same as giving them away for nothing. In discussing the dispositions of these towns and villages, at a minimum Netanyahu should have taken advantage of the fact that the Americans, the Europeans and the Arabs all consider the so-called "settlements" to be the most important obstacle to peace.

Netanyahu should have capitalized on US Congressman and Obama ally Robert Wexler's statement from last July that in exchange for freezing Jewish construction, Israel would gain normalized relations with all Arab League member states. Were Israel to see 20 Arab embassies opening in exchange for a temporary freeze in Jewish construction, one could say that Netanyahu's massive concession was justified.

But Netanyahu decided to give away this high card - Israel's ace of spades as it were - for free. Actually, he paid for it.

The Arabs rejected Wexler's offer in July. And five seconds after Netanyahu announced the freeze the Palestinians proclaimed his unprecedented prohibition on Jewish building worthless. But then unlike Netanyahu, the Palestinians are playing their cards wisely. Why should they accept his move as sufficient when they know the Americans will demand still more concessions from him?

And sure enough, moments after Netanyahu's speech, former senator George Mitchell stood before the cameras in Washington and said that his move is too little to impress the likes of Mitchell and Obama.

Many commentators claim that Netanyahu's announcement Wednesday night was his way of balancing his desire to release 450 Hamas murderers from prison in exchange for hostage Gilad Schalit with an equal concession to Fatah. That is, the freeze was required, it is argued, because without a move of this magnitude, the terrorists-for-hostage deal would destroy Fatah completely.

This view is the quintessence of the notion that two wrongs make a right.

In an interview with Channel 2 Wednesday night, Defense Minister Ehud Barak admitted that in negotiating Schalit's release, Netanyahu has gone well beyond former prime minister Ehud Olmert's offers to Hamas. With Netanyahu and Likud in the opposition loudly proclaiming the truth that any deal with Hamas will imperil untold numbers of Israelis, Olmert didn't dare accept Hamas's demand that Israel release its most brutal mass murderers from its prisons. But now that Netanyahu and Likud are in the driver's seat, they are only too happy to accept what was previously unacceptable.

By Thursday, it appeared that the Iranians and the Syrians had placed the
proposed swap on the back burner. But even if the deal presently being discussed doesn't go through, Netanyahu's moves on the issue to date have already weakened the country considerably.

Simply by agreeing to negotiate with Hamas, Netanyahu conferred legitimacy not only on the terror group, but on the act of taking hostages. After all, until Hamas had Schalit, no government in Israel was willing to cut a deal with it. But today, in the interest of making a deal, Israel has allowed Hamas commanders - including Schalit's captor Ahmad Jabari - safe passage to Egypt where they are feted by senior Egyptian officials and meet with other senior terrorists. In so doing Israel has effectively accepted them as legitimate leaders.

Netanyahu's willingness to release murderers from prison also signs the death warrants of countless Israelis. The Schalit-obsessed local media insists that politicians who claim they oppose the deal must be willing to look Schalit's parents in the eyes and tell them that they will not "do what it takes" to bring Gilad home. But Schalit's parents and the 450-terrorists-for-one-hostage-swap champions in the media and in the Knesset need to be asked whether they will be willing to look the families of the next IDF hostages in the eye after they are abducted due to Israel's decision to spring murderers from prison in exchange for Schalit. So too, they should ask themselves what they will say to the families of the Israelis who will be murdered because of this deal.

Unfortunately, our foolish media elites and their lackeys in the government are incapable of recognizing that the deal with Hamas doesn't pit the Schalit family against the families of the Israelis that these prisoners already murdered. It places Noam and Aviva Schalit against the families of the still unidentified Israelis who will be murdered by these imprisoned terrorists in the future if they are allowed to see the light of day.

Even if the current negotiations end in failure, Netanyahu this week made clear that he is willing to conduct a massive release of terrorists in exchange for Israeli hostages. The message has been received by our enemies and they will make us pay for it with interest.

Finally, Netanyahu's willingness to spring terrorists from prison in exchange for Schalit weakens Israel's deterrent posture. This week The Jerusalem Post reported that the IDF has commissioned a study to figure out how to tell who has won in an inconclusive war against terrorists.

It seems a shame that there is apparently such a dearth of common sense in the General Staff that the IDF needs someone from the outside to explain the facts of life to its generals.

Those facts, for instance, indicate that when you fight a war against a terrorist group that serves as a proxy for enemy regimes, and in the aftermath of the war the terror group takes over the government of its own country and its state sponsors build nuclear arsenals unhindered by your government and the international community as a whole, while your own generals and soldiers are threatened with indictments by UN war crimes tribunals, the terrorists have won and you have lost.

By the same token, apparently it is unclear to IDF Chief of General Staff Lt. Gen. Gabi Ashkenazi - who said this week that he cannot wait to greet Gilad at home - that by offering to release hundreds of terrorists for a hostage soldier, he is telling all the thousands of IDF troops who risk their lives every day to arrest terrorists and fight them that they are risking their lives for nothing.

Why bother staging a middle-of-the-night raid in Nablus where your men are liable to be killed in order to arrest a terrorist if he's just going to be released from prison within a year or two in exchange for another soldier? In fact, why have an army at all? Perhaps we'd all be better off if we just paid our enemies protection money until they are ready to deliver the coup de grace.

But then, perhaps that's what Israel is doing today. On Tuesday Barak noted that whereas on the eve of the 2006 war Hizbullah had an arsenal of 14,000 rockets, today it has an arsenal of 50,000 rockets. His remarks might have been perceived as a warning that Israel is gearing up to take preemptive action against Hizbullah. But that perception would be wrong, unless what one had in mind was preemptive capitulation.

On Thursday it was reported that Israel is ready to transfer control over the northern half of Ghajar - the border town that is officially half in Israel and half in Lebanon - to UNIFIL forces. These would be the same UN forces that have done nothing to prevent Hizbullah from rearming and taking over the Lebanese government. These would be the same Italian-commanded UN forces that former Italian president Francesco Cossiga claims cut a deal with Hizbullah according to which UNIFIL turns a blind eye to Hizbullah's activities and in exchange, Hizbullah doesn't kill UNIFIL forces.

Since the 2006 war, the UN and the US have been bullying Israel to give up the northern half of Ghajar. Their pressure has come despite their sure knowledge that the moment IDF forces withdraw from the northern half of the town, it will again become a smuggling capital for drugs, terrorists, Hizbullah spies and ordnance. Barak and Netanyahu apparently are of the opinion that despite - or worse, perhaps due to - the growing dangers emanating from Hizbullah-controlled Lebanon, it is better for Israel to seek to curry favor with the UN and the US than to take the steps necessary to defend the country from Hizbullah.

This is the depressing message that Netanyahu and his merry band of ministers have communicated to the world this week. In the hopes of appeasing the unappeasable Obama administration, the government has adopted Obama's anti-Semitic policies against Jewish communities in Judea and Samaria. To win points with the imbecilic, unaccountable and irresponsible local media, Netanyahu has jeopardized the lives of untold numbers of Israelis by expressing his willingness to free hundreds of terrorist murderers from prison. And to placate the pro-Hizbullah UN, Israel has decided it is willing to further strengthen Hizbullah.

The mind reels at the thought of what next week may bring.

Lebanon agrees Hezbollah right to use arms against Israel - AFP