TEL AVIV – Russia is slated to sell to Saudi Arabia its most advanced air-defense system in a deal the Saudis hope will deter Moscow from selling a less advanced system to Iran, a senior Egyptian intelligence official told WND.

In a deal valued between $4 billion and $7 billion, the Saudis are to purchase Russia's S-400 anti-missile shield to make moot the possibility of Russia selling the less advance S-300 system to Iran, the Egyptian official said.

"The Russians were selling the S-300 in large part because of the money. Now a larger deal will be made with Saudi Arabia," the official told WND. 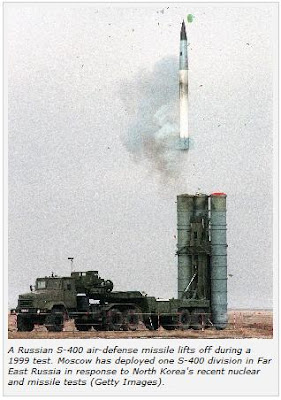 Saudi Arabia, influenced by Sunni Islam, is threatened by the growing influence of Iran, dominated by Shiite Islam.

The official said Saudi Arabia is passing intelligence information to Israel related to Iran. He affirmed a report from the Arab media, strongly denied by the Israeli government, that Saudi Arabia has granted Israel overflight permission during any attack against Iran's nuclear facilities.

The official previously told WND that Prince Saud Al-Faisal, the Saudi foreign minister, has been involved in an intense, behind-the-scenes lobbying effort urging the U.S. and other Western countries to do everything necessary to ensure Iran does not obtain nuclear weapons. Such weapons would threaten Saudi Arabia's position of influence in the Middle East.

Is the U.S. Preparing to Bomb Iran? - ABC News